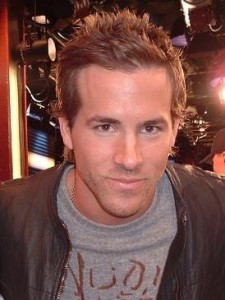 Can we please just stop with Ryan Reynolds!  I recently put up five dudes that I would like to be the next Batman, and coincidently while at O’Reilly’s auto-parts I heard a lady say something horrifying, “They should make Ryan Reynolds the new Batman, he would be fun!”  NO, NO he would not!

Look Ryan Reynolds is a good looking fella, and he has decent comedic timing, but I think he should just stick to the comedy genre.  He has already killed enough comic book movies.  Don’t believe me?  Here is the list: Blade: Trinity, X-Men Origins: Wolverine, Green Lantern, and as of right now R.I.P.D.  Now I have not seen R.I.P.D, and given the reviews, I don’t plan on it, but I have seen the other three and they are incredibly bad, and with his latest failure he has killed a franchise from, DC, Marvel, and now Dark Horse.  That is the three of the big four right there!

Now you could be saying, “Those movies would have been bad without Reynolds!”  Maybe so, but we have no way of knowing.  What I do know is that he has tried four times to make it in comic book movies and all of them have been disasters, and he as been awful in all four movies.  I don’t care how attractive he is or that he has some charisma: he is super hero poison, Kryptonite has nothing on Ryan Reynolds.  He has now lost hundreds of millions of dollars for movie studios.

If he is cast as Batman someone is going to get shot, and that is probably not an exaggeration.  There are millions of comic book fans and some of us are a little unhinged.  Luckily I am pretty sure the lady at the auto-parts store doesn’t work for Warner Bros, she is just from Vancouver and trying to push the local talent, so we should be safe, but still it is a terrifying thought.

9 Replies to “No More Ryan Reynolds in Comic Book Movies!”