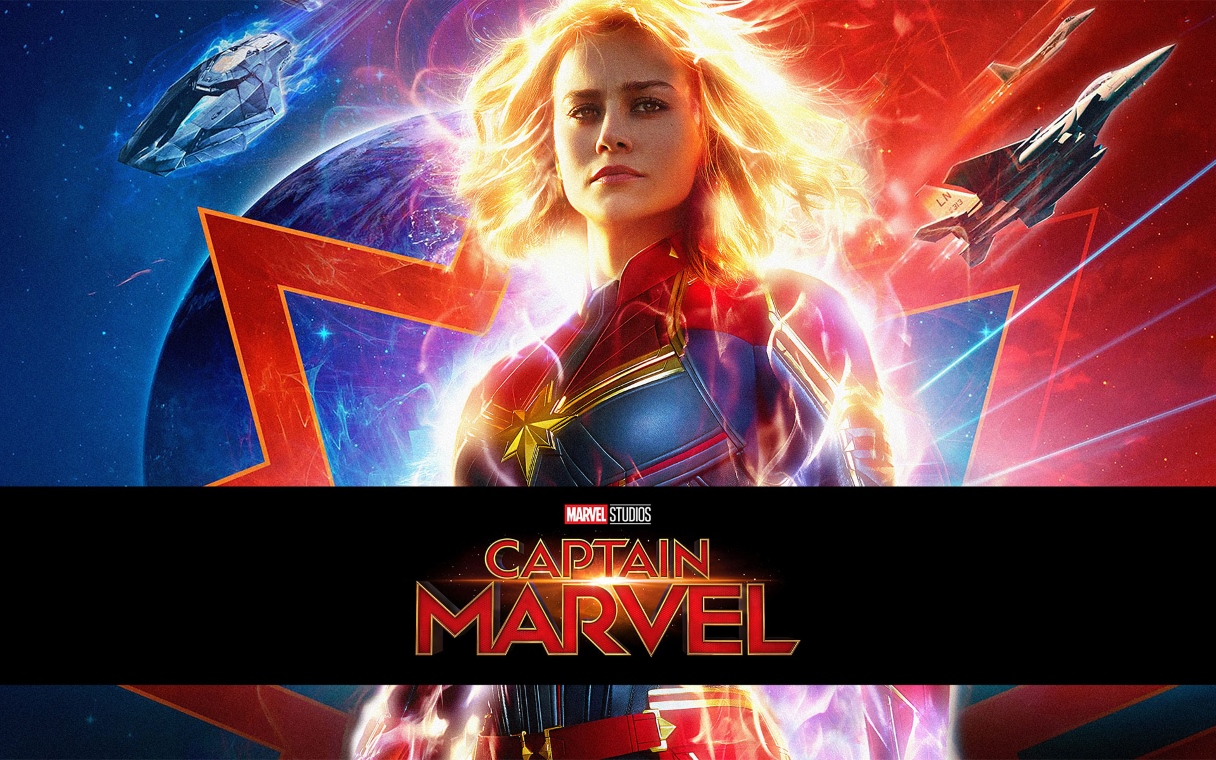 After nearly eleven years and twenty films, the MCU has finally added Captain Marvel to its lineup. This twenty-first film of the franchise is the first to be headlined by a woman, and she is the most powerful Marvel hero yet to get a movie. While I enjoyed the film quite a bit, I was also a little disappointed that they stuck so closely to the tried and true Marvel formula.

I thought about how best to do a synopsis of the film, and due to the fact they wanted to try and tell an origin story backwards, so that the hero could have her powers for the entire film, it is hard to do without getting all spoiler-y, but let’s just say, it is set in the 90’s and Captain Marvel doesn’t know she is Captain Marvel because she lost memory. Also, Jude Law is there to tell her not to worry about her memory, but to just worry about taking out the Kree’s (a Marvel alien race) enemies.

I get what the writers were trying to do. It is lame to have a superhero film where the hero doesn’t have their powers for half of the movie, but I am rarely a fan the tired amnesia storyline. The characters are all good enough to mostly pull this off, but I would have rather them done a traditional origin story, or just skipped the origin and moved on to something else. Like I said, with cast this good, they can do just about anything well, but I have seen a few too many people who cannot remember their pasts in my movie going history. Captain Marvel also had shares a problem with Aquaman, where the filmmakers have a lot of ground to cover and not a lot of time to cover it, so the movie doesn’t really get to dig in with any one major plot thread. It just rushes from one thing to the next.

Speaking of the cast, this one was stacked. With Brie Larson, Samuel L. Jackson, Annette Bening, and Jude Law just to name a few. They pull of the signature Marvel quips and one-liners with aplomb. I know some people were worried about Brie’s Captain Marvel because the trailers don’t give her a lot of personality, but that is mostly due to the amnesia. As she starts to remember who she is, her personality starts to shine though.

Captain Marvel was not a perfect movie, but it is very much a prototypical Marvel movie. With all the action and humor you have come to expect, and now Avengers: Endgame has added a powerful hero to try and undo what Thanos has done. There are some things I would have changed about this movie, but I am happy Captain Marvel has finally made it to the big screen. It is has been a long time coming, and I hope she is here to stay.