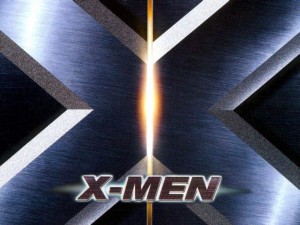 I am getting ready to watch X-Men: Days of Future Past this weekend, so to prepare I have re-watched all six of the previous X-Men/Wolverine movies, and I thought I would give some quick thoughts!

X-Men is really the first superhero movie of the modern era.  Without its breakout success we wouldn’t be where we are today with at least three superhero movies a year.  It is easy to see why it was so successful, Hugh Jackman, Patrick Stewart, Ian McKellen were all perfectly cast, and director Bryan Singer knew how to use them.  The movie can be slow at times as it introduces the cast, and the special effects don’t hold up, but it is an entertaining film that brought the X-Men universe to life.

This movie builds on the first one in just about every way.  The relationships between the characters are believable, the action is top notch, and the story of the mutants living in fear of society while society is afraid of them is gripping.  Bryan Singer really understands what it takes to make a great movie first, and then apply that understanding to superhero films.  If the first movie is responsible for the modern era superhero flick, X2 made it a full fledged genre, and a genre worth watching at that!  X2 is one of the better superhero movies ever made.

If X2 is everything that is good about superhero movies then X-Men: The Last Stand is everything that is wrong with superhero movies.  First they replaced Bryan Singer with Brett Ratner who is nowhere near as good as a director, and the script they wrote is awful.  All the characters that were so carefully written in the second movie are all now dumb as dirt, and their motivations are almost unexplained.  It is like Ratner was in way over his head, so to try to make up for it he started killing characters off, and not in good ways.  I mean Cyclops dies in the first fifteen minutes, OFF SCREEN!  It is just terrible, and the ending fight seen may be one of the worst big budget action sequences ever put to film.  It is almost unwatchable.  It consists of Mutants hanging upside down and getting shot, and then the Phoenix gets stabbed by Wolverine.  Ugg!  I don’t think I will ever watch this movie again.

Since Ratner killed off the X-Men, Fox decided to make some prequels instead, and the first of what was going to be series of Origins films was X-Men Origins: Wolverine.  This film is sooo close to being good.  It has some great action scenes, and the Weapon-X story line is interesting, but what kills this movie for me is what they do to Deadpool.  I have been hard on Ryan Reynolds in the past, but this movie is not his fault.  He would have made a great jerky dude in a red suit, but no, the writers decide to sew his lips shut and turn him in to robot!  It makes me shake in anger.  This film also features my favorite X-Man, Gambit, but he is only Gambit-y for like five minutes, and then he flies a plane for the rest if it.  If this movie would have had one more script rewrite it could have been pretty good.

After two bad movies in a row Fox thankfully learned its lesson, and deiced to get Bryan Singer back to make this prequel.  He was only the writer and producer, but when watching it you can tell that his steady hand is leading this film.  The director Mathew Vaughn is no slouch himself.  It is amazing that when you pay talented people to make movies that they seem to turn out better.  The story of how the X-Men become the X-Men is wonderfully told, and they got a great cast to play all the younger heroes.  You can’t go wrong with James McAvoy, Michael Fassbender,  and Jennifer Lawrence.  Watching this movie makes me dislike the previous two movies even more because it shows how good they could have been.

Now that the X-Men series was back on track Fox decided to give another stand alone Wolverine movie a try.  I reviewed this movie earlier, but that was the unrated version.   This time around I watched the PG-13 film.  It is not as good.  They took out one of the better action sequences to get the PG-13 rating, but it is still enjoyable.  Wolverine in Japan killing ninjas is always fun!  This is a decent movie, and it cements the fact that Hugh Jackman is Wolverine.

Those are my thoughts on the first six movies, I will report back on how I feel about Days of Future past on Monday, so stay tuned!