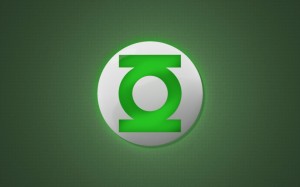 Even though the Green Lantern movie was colossal failure it did still make more than its production budget, and the comic books are still a favorite among comic book geeks thanks to its galactic scale and cool group of characters, so there is no doubt that Warner Bros will try and do something with the franchise again, and even as late as April 2013 they were talking about a sequel to the 2011 movie, so to help them out I have made a list of things they should do.

1: Write A Script That Makes Sense

This one seems like a no brainer, but they seem to have forgot it last time.  For an action movie the script needs to stay somewhat simple.  That doesn’t mean they can’t throw in a few surprises, but if they throw the kitchen sink at people like in the last movie, a few people are bound to get lost.

2: Do No Write Another Origin Story

I am so sick of super hero origin stories.  Some of them are cool like Wonder Woman’s, but overall they just get in the way of the cool stuff that comes in the second half of the movie.  We get it, they had some experience that made them use their powers/skills for good.  For the most part it doesn’t matter, and as much as I disliked the Green Lantern movie, I think they got his origin covered, we can even keep Ryan Reynolds if that lets us skip the origin story again.

Hal Jordan is not the only human Green Lantern, and since he does try and kill everyone he isn’t even the best Lantern.  Bring in Guy Gardner and John Stewart to give back up to Hal, and then you can use Stewart (Idris Elba anybody?) for the Justice League movie, or heck why not bring in a female Green Lantern, the ring can choose anyone after all. As a plus with other Lantern’s on screen it will take the focus of the unfortunate Ryan Reynolds.

4: Bring In the Yellow Lanterns

With a group of Lanterns for sector 2814 you need someone to fight, and Sinestro and a group of Yellows at his back would make for a fun movie, and it would be kind of what everyone wanted out of the first movie.

It seemed like the people making the Green Lantern movie were painting by numbers.  Bring in a sense of adventure and fun, and let people who understand the universe interject some love.  They have made several good cartoon movies with the Green Lantern, so get those guys to help create a the new live action movie.

What are your thoughts on what they should do with a new Lantern Movie?

6 Replies to “What To Do About The Green Lantern?”