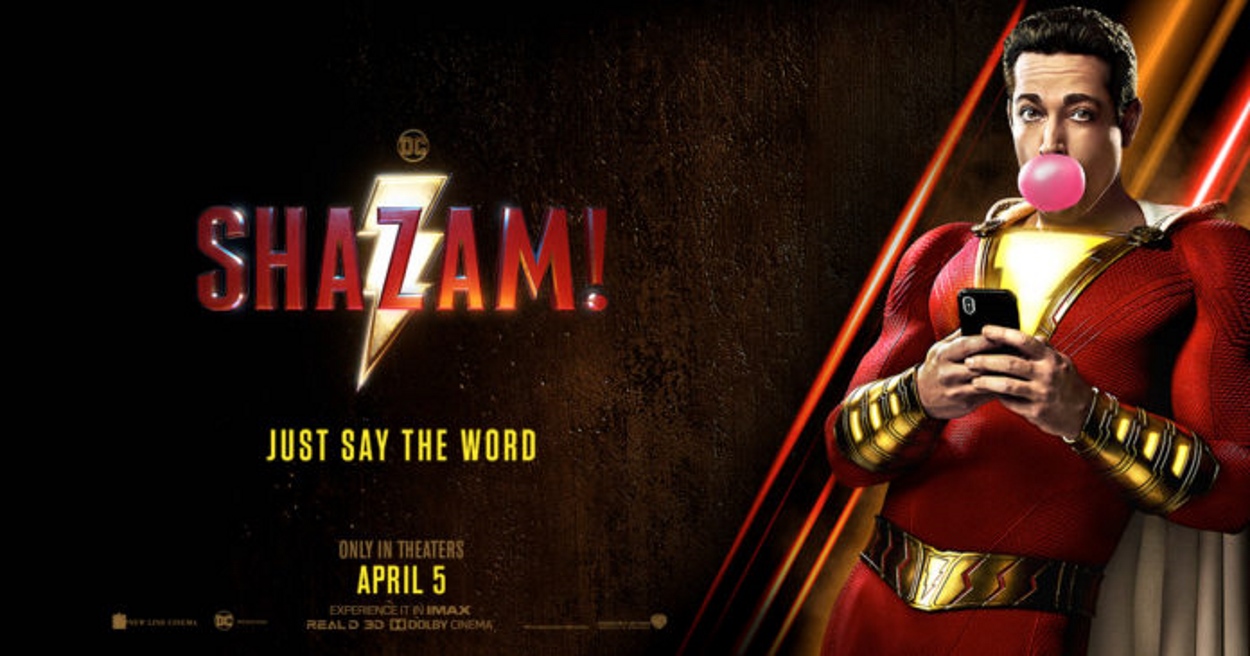 Somehow here in the year 2019 DC has released a “Shazam!” movie. With this film, DC and Warner Bros are really testing if audiences are willing to see minor heroes make their way to the silver screen. Now to be fair, Shazam was in theaters before. Albeit he was then known as Captain Marvel (no, not that Captain Marvel), and that was nearly 80 years ago, so your grandparents may remember him if you alert them to the name change. Despite all that, “Shazam!” is the best movie beginning to end so far of the new DCEU.

“Shazam!” like most superhero movies is about an orphan, but what makes this movie different is that he is still fourteen. You see an ancient wizard (Djimon Hounsou in his second Captain Marvel movie of the year) needs a champion to protect the world from the Seven Deadly Sins, but when things go south, he needs to settle on a troubled foster kid name Billy Batson (Asher Angel). When Billy says the wizard’s name, Shazam, he is transformed in to the perfect man. Who in this case is Zachary Levi.

If this makes you think the movie is a little like Big, but with superheroes, you would be right. Though, that would be unfair to “Shazam!” because it makes the most of its premise. Because while the trailers show that this film is funny, they don’t show all the heart, and its focus on the importance of family. Whatever that looks like. In this case a group home that Billy is placed in, and the movie is at its best when Billy/Shazam is with his foster brother Freddy Freeman played by Jack Dylan Grazer. The three leads have great chemistry. The rest of the family is very good too, but they are there mostly filler.

The villains on the other hand are not as good. Mark Strong’s Doctor Sivana is not given anybody to really play off for his scenes, so he falls a little flat, though I think his story pays off really well at the end. Also, the Sins are CGI characters that push the budget for this movie a little too much, so they stand out in a bad way, and they make the movie too creepy for younger children. Otherwise, this probably could have been a PG movie, but these are minor flaws in a great movie.

Wonder Woman would have been perfect if it had found a way to have a third act without a big grey thing to fight, and “Shazam!”‘s third act pays off the movie’s themes in a creative way, so while Wonder Woman is a better movie in parts, “Shazam!” is better as a whole. What I am saying is, “Shazam!” is probably the best movie in the DCEU and you should see it. Maybe take your grandparents, it might bring back some memories.