With movie studios making billions at the box office off of superhero movies it may be surprising that they are leaving so many good heroes unused, so I am going to help them out and give them a few suggestions.  You will note that Wonder Woman isn’t on the list, and that is because they have cast her, so I am giving Warner Brothers the benefit of the doubt (I probably shouldn’t).  Here are my top five heroes not in a movie in reverse order: 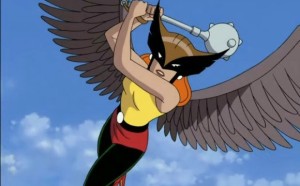 Usually when a hero has “girl” or “Miss” in their name it means that they are a cheap copy of their male counterpart, and Hawkgirl started out that way, but thanks to good writing Hawkgirl is now more famous than Hawkman.  She has beat the crap out of Superman a few times (though all DC heroes get their shot at the red and blue Boy Scout), and she is one of the best warriors the Justice League has got when it all hits the fan.  If they make a Justice League movie after Batman & Superman she had better be in it. 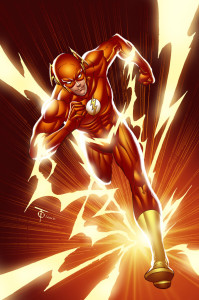 This is sort of cheating because he has had a movie and a TV show, but they were both unwatchable, so I am going to say that they should give it another try.  The best part of The Flash is his sense of humor.  The Flash movie could be the first straight up superhero comedy movie that the fans would love.  Since he is a founding member of the JLA, if they go forward with the aforementioned Justice League movie and The Flash isn’t in it, I will raise up an army of geeks to destroy Warner Brothers studios. 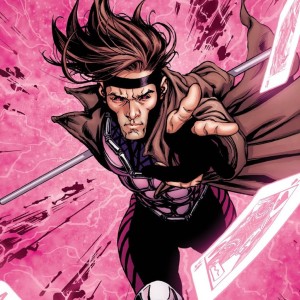 I know I am cheating again because he had a cameo in X-Men Origins: Wolverine, but if you blinked you missed him, and again that movie is soooo bad that I am trying to forget that it happened.  With all the good X-Men movies that have been made it makes me irate the Ragin’ Cajun has not been used.  Coincidentally X-Men Origins: Wolverine discounts Deadpool from this list because he is in it too much, and it is my greatest fear that if they green light a Deadpool movie that Ryan Reynolds will be in it. 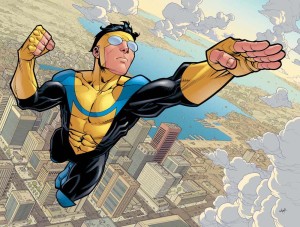 Invincible may not be super well known outside comic book circles, but his creator is: Robert Kirkman.  Yes the Robert Kirkman of The Walking Dead fame, and as much as I love the Walking Dead, I love Invincible more.  He is kind of like a Superman, but with the awkward social issues of a Spiderman, and even better yet Kirkman as made a whole superhero universe for Invincible to play in.  Image Comics hasn’t made many superhero movies outside of Spawn (speaking of terrible movies), but it is time for them to jump in the pool, and Invincible is a great place to start. 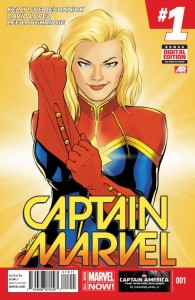 For anyone that has been following my blog this shouldn’t be a surprise since I have talked about the current Captain Marvel a lot, but I would be okay with any of the Captain Marvels including DC’s Shazam, or if Marvel wants a Ms. Marvel that is cool too.  Seriously Captain Marvel is huge, and he/she/it crosses the DC/Marvel line.  I know there has been rumors that she in the new Avengers movie, but since we haven’t seen any casting news, I am guessing that she didn’t make the cut, so sadly she lands at number one on my list.

That is my top five, and I would love to hear yours, or just to be told how wrong I am, so let me know what you think!

4 Replies to “My Top 5 Superheroes Without A Movie!”