When Matt Reeves (Cloverfield, Dawn of the Planet of the Apes) took over from Ben Affleck to write and direct The Batman, he said he wanted to show the detective side of The Dark Knight. It has been part of Batman’s comic book persona for decades, but when it comes to the big screen we had seen him be several things: zany in 1966’s Batman, weird in the Burton films, silly in the Schumacher movies, a grounded ninja in the Nolan movies, and buff and angry in the Znyder flicks, but rarely smart. The closest we have gotten was in the ’66 movie were Batman solves Riddler’s ridiculous riddles in a blink of an eye, so it was only fitting that The Riddler would make Batman put on his thinking cap once again.

Of course this Riddler is nothing like Frank Gorshin’s classic take on the villain, Paul Dano plays a much more twisted version of the character. A serial killer with a message for Robert Pattinson’s Batman, and while Batman is a able to figure out the riddles, it will take him quite a bit of effort to figure out what they all mean. Even better it will make Bruce Wayne take stock and examine what it means to be The Batman. Giving him an actual character arc, and not just one where we see some pearls and some popcorn (we don’t see any pearls or popcorn) and now he runs around in a rubber suit.

Dano really gets in to this Riddler, and as dark and sinister as he is, his is still somewhat silly. Which was a nice touch. A nod to his past. Pattinson’s Batman is still trying to figure it all out. He has been Batman for a while, but Gotham doesn’t seem to be getting better, and he doesn’t know what it means to be Bruce Wayne. He is more lost than we are used to. Dano and Pattison are not alone, and the supporting cast all stand out. Write, Kravitz, Farrell, and Turturro are all fantastic. Giving memorable takes on their classic characters. Write in particular might be the most relatable Jim Gordon has ever been. Giving Batman a buddy when he needs one.

In style this movie seems like it would fit closer to the Nolan movies, but it is much darker and dirtier, and the movie isn’t a grand epic. It is a street level thriller that is a bit of a slow burn. Now, I know what you are thinking, a slow burn in a movie with a three hour run time is a bit of a red flag, and the movie is too long, but for most of the film’s run time it is quite engaging. It just takes a little too much time here and there, and it has two too many endings, but it is worth it for the other 90% of The Batman. Don’t worry, there are still some well done action set-pieces.

I had a lot of fun with The Batman, not something I thought I would say about a Batman version of Seven, but it did still manage to be fun. Matt Reeves figured out a way to have Batman solve crimes, and not just be a very strange episode of Columbo. I am curious to see what he does with the character next. Reports are that Warner Bros. is quite happy with this movie, so I am sure we will be seeing a lot of The Batman. 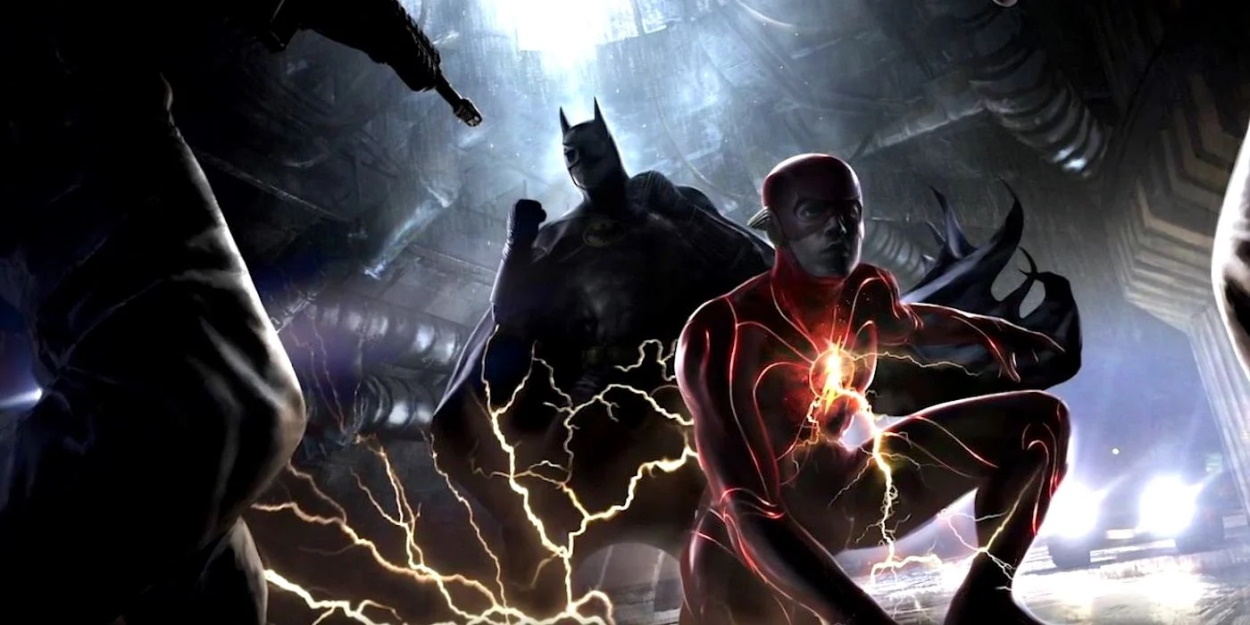 There have been as many takes on the Joker as there has been on Batman. From petty criminal that leaves practice jokes to psychopath that cuts smiles in to the faces of his random victims, but Todd Phillips’ version is unique even among those. He doesn’t fight Batman, Batman doesn’t even exist, instead he is a dark meditation on poverty, mental health and gun violence.

Joker is a hard movie to do a synopsis for. It is best not knowing anything about it going in to it, but it will be shock to those looking for Batman movie. This is a DC Comics movie almost in name only. They do add some connections to the Batverse, but they are the exception not the rule. Just know that Arthur Fleck’s (Joaquin Phoenix) life is a brutal and sad one.

Todd Phillips and the rest of the writers really took a swing for something with Joker. It is clear they wanted to make a riff on the 19070’s/80’s Martin Scorsese films. It would fit comfortably with Taxi Driver or The King of Comedy. In fact, Scorsese was attached to produce for a while until breaking off to do The Irishman for Netflix. Still, it is a pretty convincing imitation. You could have told me this was a Scorsese movie, and I would have believed you.

What really makes Joker work is Joaquin Phoenix in the titular role. He is mesmerizing, and keeps the audience rooting for Arthur for longer than they should. The rest of the cast is talented, but this mostly a one man show, and I think whether or not you like this movie will depend on how you feel about Phoenix’s performance.

Joker is not a movie for those looking for the next popcorn comic book movie. It is for people who want to see a dark tale about mental illness in America, but since this is 2019, your movie has to be based on some IP (intellectual property) or part of some ‘verse to get movie executives’ attention, and the fact Todd Phillips used Batman’s greatest villain to get his movie made, might be Joker’s best gag. 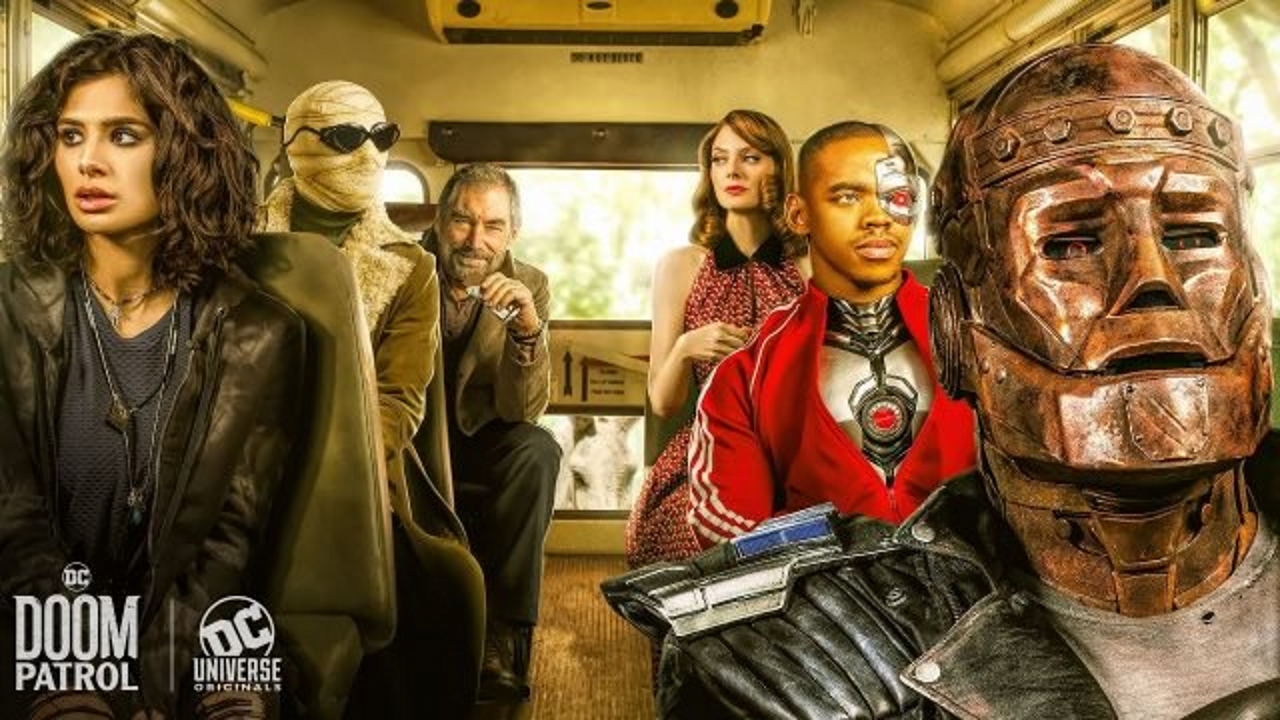 I tell you what, my DC Universe subscription is really paying off. Titans had a slow start, but then found its footing. However, Doom Patrol started off good then got even better. When the show was backdoor piloted in to Titans people got a little worried. It looked campy and Titans hadn’t yet found its stride. It turns out all that worry was for not. Doom Patrol might me be my favorite thing on ‘TV’.

Doom Patrol is about an eclectic group of meta-humans and cyborgs that just want to find their kidnaped leader, The Captain (Timothy Dalton). Unlike most ‘superheroes’, whos powers are things most anyone would want, the Doom Patrol’s powers come from disabilities or trauma, and they aren’t so much a team as a group of people who endure each other’s company.

What I loved about Doom Patrol is how well written the characters are. The entire show is a long character drama, but with the weirdest and wildest and most comic-book-y-est things ever committed to screen. Nothing is too strange or off-putting for this show. Butts with legs and sharp teeth that eat people? Check. Rats that have the same backstory as Batman, but then follow a darker path? Absolutely. A slightly overweight Brendan Fraser saying the ‘F’ word a lot? The Doom Patrol has got it covered.

Speaking of Brendan Fraser, this cast is fantastic. Timothy Dalton, Brendan Fraser, Alan Tudyk, Matt Bomer, Diane Guerrero, Joivan Wade and April Bowlby make up just the main cast. Plus, there are tons of talented extras that come and go as well. Though you can tell that they tried to save money by keeping the team separated for a few episodes, Dalton is usually out of the picture because he has been kidnapped, and Bomer and Fraser usually are just needed for voice work since their characters’ faces are covered or made of metal. Still, they do not waste the talent they signed on for this show.

Listen, we are living in not just the golden age of television, but also the golden age of comic book media, so there are a lot of things to watch to get that superhero fix. However, you should still give Doom Patrol a chance. I am guessing there will not be a lot of shows like this ever made, and I am hoping they bring it back for season two because season one as fantastic. It is streaming right now on DC Universe in the USA and in some other countries on Netflix, so give it a watch.

Avengers: Endgame feels like an impossible movie to review. Either you have spent the last decade at least partially keeping up with the Marvel Cinematic Universe, or you have not. If you have, Endgame is a great way to put a bow on the last eleven years of films and clear the slate for the next eleven. If you have not, it is all noise and references to things that don’t make any sense. Which makes it a unique piece of media.

Avengers: Endgame picks up right after Avengers: Infinity War. Our heroes have failed, and they are struggling with their failure. Though they wouldn’t be the Avengers if they didn’t Avenge something from time to time, so they assemble to save the universe one more time.

I am not going to lie, while I found a lot of moments in this picture really moving, the character work is really great, I have a lot of problems with the plot. Problems I cannot get in to without spoiling the movie. Just know that while you are watching it everything seems to hold together, but afterwards don’t think about anything too hard, or it all turns in to mush.

At the end of Avengers: Infinity War it was no accident that the original Avengers were the ones that survived. Because Endgame is about those heroes’ journey to where they are now, and how they have grown and changed. The new class will get their movies, this was one more trip with Cap, Tony and the gang. Plus, Rocket and Nebula. So, it is not surprising that the best parts of this movie are those characters interacting with one another. Everything that is not that those interactions is a little sketchy.

Endgame had me laughing, cheering, and crying, so in that regard it was a success, and it is a must watch for anyone with even a passing interest in Marvel’s films. What the Russo brothers did to tie up all these plot threads in the last two movies is astounding. It is an incredible achievement for them and Marvel’s producing team, but not quite all those pieces fit together as nicely as they want us to think they did. Though I am still quite excited to see what Marvel brings us next!