The first few episodes of The Handmaid’s Tale season three are some of the series’ best. Adding new interesting characters, and seeming to start the Handmaid rebellion that was promised at the end of season two, but then it seems the writers struggled to find anything interesting to talk about for next four episodes, as the show adds a new subplot that doesn’t really go anywhere. Even at the end of the season it all seems like a waste of everyone’s time.

However, things do get back on track and June (Elisabeth Moss) the rest of her merry band get up to no good in the best possible way. If only the show had stuck with this instead of stretching for time. I guess they had to fill those thirteen episodes somehow. I also liked how The Handmaid’s Tale really started to focus on how all this was changing June, and not necessarily for the better. She is much different at the end of season three than rest of the series. Giving her probably the most of an arch she has had to date.

Over all I would say The Handmaid’s Tale season three was an improvement over season two, but it was still far from perfect. Next season I hope they can stay focused and not stop the action cold for a whole third of its episodes. Until then, “Under his eye”.

It was impossible not to watch Dead to Me on Netflix. Once I saw that it starred Christina Applegate and Linda Cardellini, and it allowed them to use their sharp wit in full force. It was a must watch. Though what the show was billed as, a dark sitcom, and what it is, noir thriller drama sitcom(?), are two different things. The leads carry this show, and the strength of their performances cover over any flaws Dead to Me may have.

Jen (Christina Applegate) and Judy (Linda Cardellini) meet at a local church grief counseling group. Jen lost her husband in a hit and run accident, and is full of rage, and Judy is doing her best to stay chipper and positive despite losing her fiancé to a heart attack. If this was a normal show it would be about these two learning to lean on one another to overcome their sadness. This is not a normal show.

I don’t think Dead to Me’s writing is always consistent. It can feel choppy at times, but as a vehicle for Christina Applegate and Linda Cardellini, it is wonderful, and it was smart of the producers to stick to the thirty-minute sitcom format even though a show like this would generally feel more at home as a one-hour drama. That way it doesn’t outlast its welcome. It is a tight five hours of programming.

With the about eight billion dollars’ worth of original programming hitting Netflix at any given moment it is hard for a show to stand out, but having Applegate give a tongue-lashing to a woman dropping off a Mexican lasagna was a great way to do it. Add in a James Marsden, Ed Asner and of course Linda Cardellini, and it is hard for a show not to gain attention. It is worth your five hours, and I am sure the next five hours will be as well (it just got renewed). There is a lot of life left in Dead to Me. 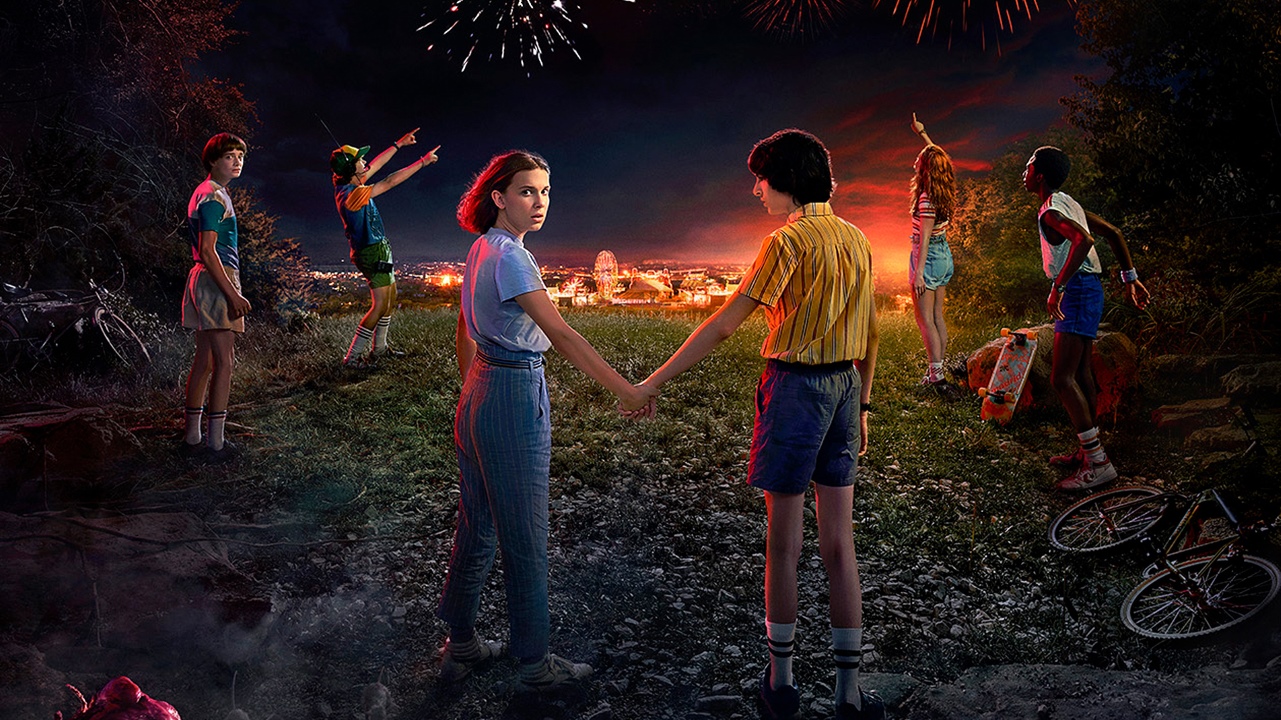 Stranger Things is Netflix’s biggest show, not by viewership, that is The Office, but by mindshare. Everyone talks about Stranger Things and looks forward to bingeing it when it comes out. Media outlets post articles about it in the months and weeks leading up to its air date, and then think pieces are released after. It is must stream TV, and you have to stream it before spoilers are everywhere. The only place you can watch it? Netflix. Netflix needs the show to be good, and season three might be its best yet. Season one is was a mystery, season two expanded the lore, and season three amps up the action and tension.

A couple years have passed since season two, and the residents of Hawkins Indiana are going about their lives. After all Eleven (Millie Bobby Brown) ended the threat at the end of season two, so there is nothing to worry about. Unless of course the Russians are trying to bore holes in to another dimension. That would probably be bad.

What I love about season three is that it really leans in to the 80’s action movie tropes. Of course their are Russians, and if you are fan of movies from that decade, there are a lot of other fun things you will notice as well. While, tropes and call outs are fun, the best part is still all the characters, they are as good as you remember them. Mike (Finn Wolfhard) can get a little annoying, but he is supposed to be. Stranger Things season three is also much more tightly scripted than two. It builds and builds until everything blows apart.

If you are a fan of Stranger Things, you have probably already seen season three, but if you are not a fan, it is well worth watching. I don’t think Netflix knew what Stranger Things was going to be when it greenlit the series, but now it needs it, and if it keeps getting better, we may start to need it to. I hope we don’t need to wait another two years for season four. 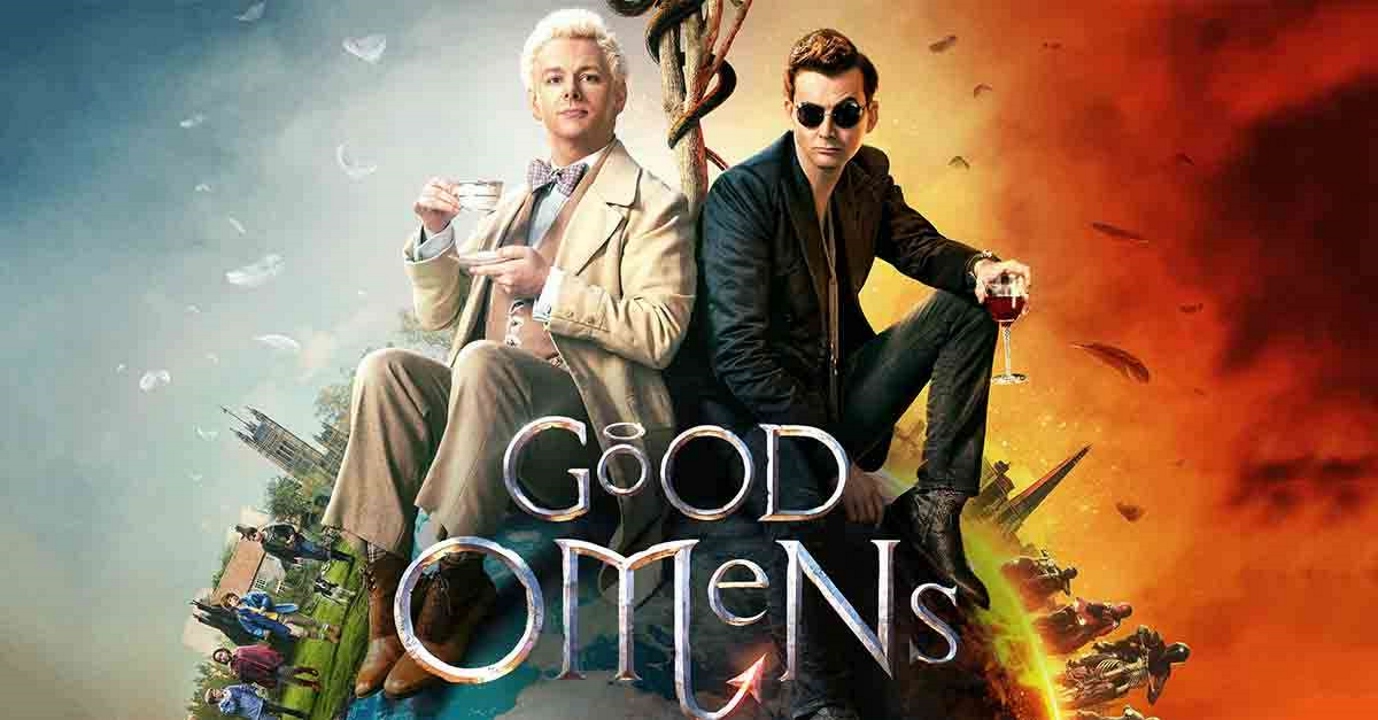 I was beyond excited to learn that Niel Gaiman himself was bringing Good Omens to life on Amazon Prime, and he mostly succeeds. Still, it wasn’t a perfect interpretation. There are pacing issues, and there is a lot of stuff from the book that is in the show, but it isn’t given enough time to breath or land properly. It is worth watching, but it doesn’t quite live up to its source material.

If you have never read Good Omens, then you should. Immediately. Sure, that would make this summery paragraph useless, but it is better for you if you have read Good Omens and then waste a couple seconds reading a pointless paragraph then having not read Good Omens. It is a classic. A lot of people like to say ‘modern classic’, but I don’t want to qualify it. However, you will not be reading it in the next couple of minutes, so here we go. An angel, Aziraphale (Michael Sheen), and a demon, Crowley (David Tennant), have been on earth since the beginning, and they have grown to love the world and its inhabitants, so when it is time for the apocalypses to begin, they will team up to stop it.

Since one of the authors of Good Omens, Neil Gaiman, took it on himself to adapt his co-written book to screen, I feel like he tried to stay too true to the source material. It all feels crammed in without the space or care it needs. The show either needed to be longer to let everything happen more naturally, or Gaiman needed to get out the red pen and narrow the focus a bit. Which is what the BBC radio play did, and it was fantastic. Now, this series was never going to live up to the book. The book combines Terry Pratchett’s amazing humor and wit with Gaiman’s lyrical and fairytale like prose. It was an almost perfect chimera of the two authors’ strengths. The show on the other hand, tells the story, and is quite charming, but it can’t quite reproduce what made the book special.

What makes Good Omens truly worth watching are the leads. Sheen and Tennant are amazing. They have one of the best on screen friendships I have seen in quite some time, and any time they are together, the show starts to sing. However, any time they are not on screen the show gets a bit hoarse, so it is good they have so much screen time, and that is not to say the other actors are not capable, quite the contrary, but these two’s chemistry elevates everything.

Good Omens the TV series is good, but coming from a book that is superlative, and then a BBC radio show that was excellent, good doesn’t quite feel good enough. Especially right now when there is so much excellent TV to watch, so in the end, I still recommend Good Omens. It is worth watching for Tennant and Sheen alone, but honestly, you should read the book, and if you have done that, find a copy of the BBC radio play. Then finally watch this mini-series.