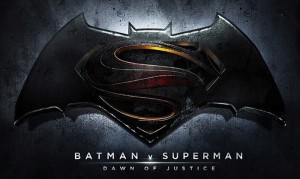 The Batman v Superman movie has a few things against it: it has a bad title, a Batman from Boston, and its precursor Man of Steel had its issues.  Still we are getting a movie with Superman, Batman, Wonder Woman, Cyborg, and probably Aquaman all together.  That is something I never thought I would see.  Even if this movie is terrible, it will still be a must see event, and something geeks have been dreaming about for years.

Sure Marvel has been killing it with their movies for a few years now, but the DC heroes are the most recognizable superheroes on the planet.  Everyone knew who Superman, Batman, and Wonder Woman were before this comic book movie craze began.  They are a legitimate part of American culture.  Spider-Man is probably the Marvel hero that comes closest to them in notoriety, but he still isn’t that close.  Wolverine? Maybe.

I know a lot of geeks are down on this movie because of all the reasons I listed above, but I think that is because this movie is such event that they don’t want to get their hopes crushed, so being pessimistic and snarky is easier.  It is a little scary, but I would rather be looking forward to May 2016 instead of dreading it.  I know where I will be Memorial Day Weekend 2016.  Sitting in a theater cramming popcorn down my gullet, so I might as well be excited and happy about it.

3 Replies to “I Have Decided To Be Excited About Batman V Superman!”