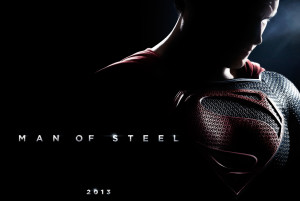 The Man of Steel is one of 2013’s tentpole blockbusters.  It was produced by Christopher Nolan (The Dark Knight), and directed by Zack Snyder (300).  DC/Warner Bros is pinning all its super hero movie hopes on this movie, and I think that they mostly succeeded.

The movie is about an alien from a dying world, who was sent to Earth to be saved from the end of his planet by his loving parents.  He is taken in and loved by an Earth couple even as he struggles to figure out who he is, and his place in this world.  I am of course talking about Superman (Henry Cavill).  His soul searching has to end when a threat from his home world comes to threaten Earth.

The problem with this plot is that since Superman’s origins are so well known that there are not a lot of surprises to be had in this story.  We know all about Superman even if we have never picked up a comic book in our life, but since they decided to do a total reboot, we got to watch it all over again.

All that being said, I still liked this movie.  Zack Snyder once again proves that he is a special effects genius, because this movie looks great, and the action it produces is top notch, and there is something fun about Superman learning to be Superman, and having him being guided by his two fathers Jor-El (Russell Crowe), and Jonathan Kent (Kevin Costner).  They shape his life and lead him to being the man in the blue tights.

I know that some people were upset about the body count at the end of the movie, and it is quite high, but I think that Sups is new to the game and he is doing the best he can.

This was not the greatest movie ever, and I think that since the Batman movies were so good that is going to hurt Man of Steel, but I think it is still a fine movie, and one that sets up the franchise quite well.  I just hope they can write a story we haven’t seen next time.  If you want another take on the movie my buddy Daniel gave it a watch was well.

3 Replies to “The Return of the Man of Steel”