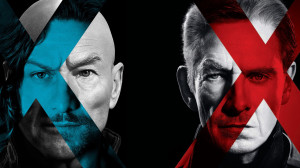 So it took a month, but I was finally able to watch the movie I was most excited for this year: X-Men: Days of Future Past!  It is the return of Bryan Singer as not only the writer and producer, but as the director as well, and it is official, he should be the only one allowed to make these movies.  X-Men: Days of Future Past was fantastic.  It fixed all the problems created by X-Men: The Last Stand, and it opened up exciting new possibilities for the future.

Due to the time travel aspect of the film, it takes place a few years after The Wolverine, and a few years after X-Men: First Class.  The X-Men of the future are battling super Sentinels that can adapt to the mutants powers to kill them, so the only course of action is to have Kitty Pryde (Ellen Page) send someone’s mind in to the past to try and stop this from happening.  They decide the only mutant that could survive this is Wolverine (Hugh Jackman).

The writing in the movie is great.  They manage to tell a time travel story that does not confuse anyone, and while they are at it clean up all the messes that Brett Ratner caused with X-Men: The Last Stand.  The character interactions are believable and gripping, and they all seem to make decisions that appear logical.  They also manage to explain everything with boring everyone to death.

Most of the actors have played their parts before, so it should be no surprise that they are wonderful, especially Hugh Jackman as Wolverine.  He is the heart and soul of this franchise now.  I was very happy with new comer Evan Peters as Quicksilver as well.  He is only in this movie for a short time, but he steals the show.  I hope he turns up in the next film.

Bryan Singer directs this movie perfectly.  He films the action in exciting ways that lets the mutants’ powers take center stage, meanwhile keeping it all in focus letting you take it all in.  Quicksilver’s super-speed “fight” scene is particularly incredible.  It was one of the most fun superhero action sequences I have seen in a long time.

I love X2, but Days of Future Past may have just become my favorite X-Men movie, and it is close to the top of my favorite superhero movies of all time.  This movie proves that only Bryan Singer should be allowed to produce this franchise from now on, so I hope he is able to sort out his legal troubles because I am pumped-up for the next movie X-Men: Apocalypse!

2 Replies to “Shmee Travels To The Days Of Future Past!”