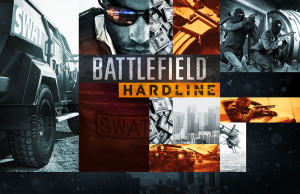 One of EA’s big E3 announcements this year was Battlefield: Hardline.  It is the large open-world combat that you have come to know and love from Battlefield, but now you are playing as Cops and Robbers.  It is like someone at EA saw how well the Payday franchise was doing and decided to modify Battlefield 4 to corner that part of the market.  Besides just announcing Hardline, they also allowed people with PCs and PS4s to download it and try it out.  Since I don’t have a PS4, I had to go with the PC option (poor me I know).

It is pretty much Battlefield 4.  Which means it is fun, and the combat is intense, but it didn’t wow me with how new and original it is.  It feels like a really well done expansion pack from the good ol’ days before monthly DLC, or even a good looking total conversion mod from a talented group of individuals, but even though it looks different it still plays the same.

The modes are kind of new.  One is called Blood Money, where both sides run to central location and grab cash to bring back to their vaults.  It is like center capture the flag except you can attack the other side’s base.  Heist is a game-type where the criminals need to steal money out of the Police’s armored cars, so it is pretty much assault.

Like I have said throughout this, whatever it is, Battlefield: Hardline is fun.  It plays well, and it is well balanced, but it just doesn’t differentiate itself enough for me to get really excited about it.  Especially since I already own Battlefield 4 (which is a great game).  This is just the beta though, so maybe they can sell me on it more in the months to come.  It comes out this year on October 21st.