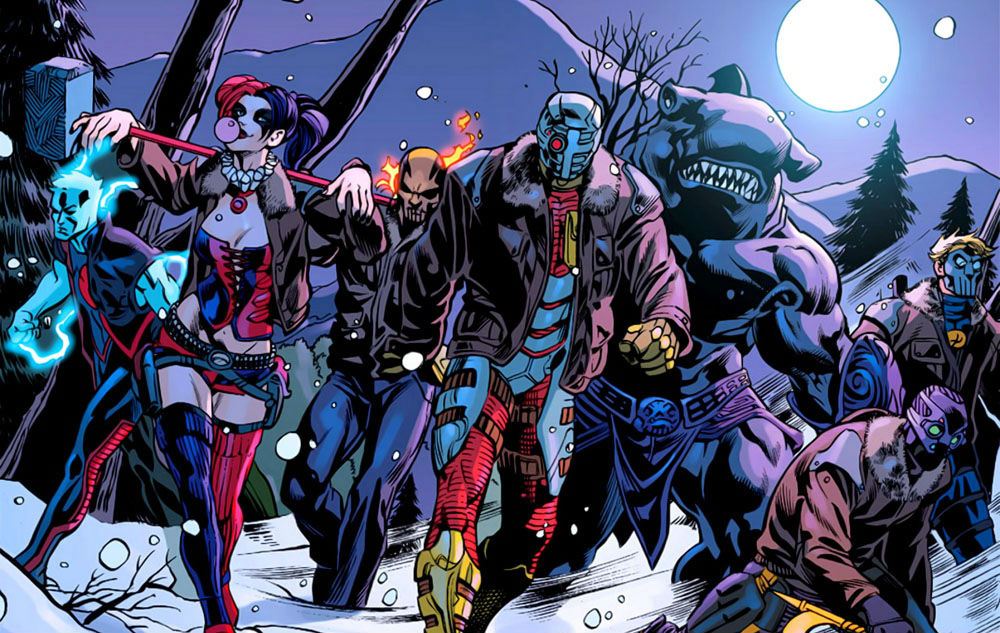 One of the more successful New 52 re-launches was the Suicide Squad.  The Suicide Squad has been gaining a lot of fans lately with their involvement in the hit show Arrow, and the announcement of a big screen adaptation being led by Will Smith.  That is all fine and dandy, but how is the new(ish) comic book?  I have read volume one of the trade paper backs and it is pretty good!

For those of you that don’t know, the Suicide Squad is made up of a bunch of supervillains who are trying to work off their sentences by working for the Government.  This team is ran by Amanda Waller, and headed up by Deadshot.  Though the fan favorite of the group is no doubt Harley Quinn.  The rest of the group rotates … or dies.  The Suicide Squad name is no joke.

I love the action this book portrays.  There is almost never a downbeat.  While it is go go go all the time, they still manage to work in quite a bit of character development, so you do care about this rag-tag group.  This book explores the strange and abusive relationship of Harley and the Joker, and the PTSD and family life (or lack their of) of Deadshot, and it is quite gripping.

What I didn’t like is that they thought they needed to make Amanda Waller and Harley sexier.  Harley was always dressed to impress Mr. J, but now she just looks like an odd street walker, and Waller who was always known for being 300 pounds and not caring what she looked like is now some sort of business suit supermodel.  Their characters still come through strong, but it is just a shame that DC thought these character redesigns where necessary, especially when Waller and Harley were fan favorites anyway.

I liked this book, and I will be reading more of the trade paper backs (unless a comic book store moves close to me so I can get monthlies).  People have been hard on the New 52, but I have liked a lot of what I have read,  I think a lot of people just don’t like change, and while it was mean of DC to just throw away decades worth of back story, the comics for what they are, are still pretty good.

3 Replies to “Shmee Takes A Trip With The Suicide Squad!”