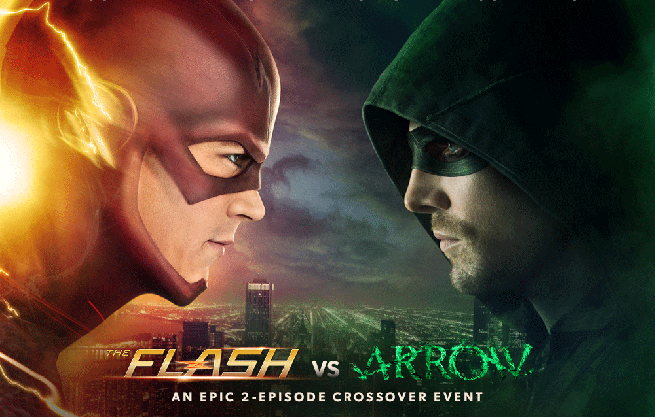 I finally got around to watching the big Flash/Arrow crossover, and I have to say that they work much better together than they do apart.  Which is impressive since they are pretty darn good apart.  The Arrow makes The Flash feel more grounded, while The Flash lets the Arrow have a little fun.  They are like peanut butter and honey: they are good apart, but better together.  This makes me wish they would listen to my idea about having a Justice Society show.  These guys could team up every week with some of their best friends.  It would be a lot of fun.

Though I have to admit Brandon Routh has been killing it as Ray Palmer, so maybe he will give Arrow that sense of fun it needs once he learns to shrink as The Atom.  That means The Flash will have to find someone serious to hang out with.  Hey maybe Constantine could come hang out if his show doesn’t get picked up for a second season.  Magic and Metahumans, that would be a crazy show.