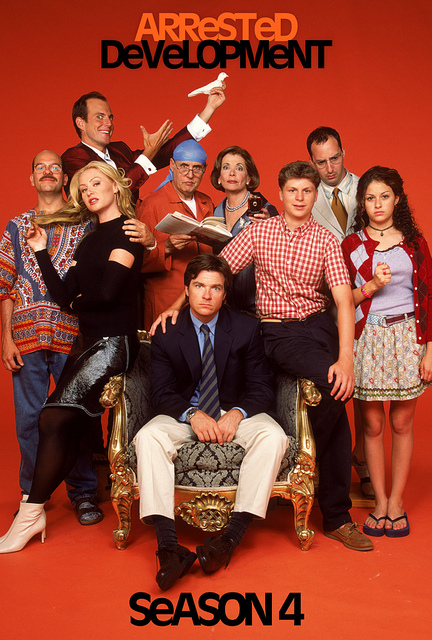 Well after two years of speculation it looks like they are getting ready to start filming Arrested Development season 5!  Brain Grazer let the news slip on Bill Simmons’ podcast at SXSW.   Not only that but it is going to be seventeen episodes long!  That is two extra episodes!  I can’t wait, sure season four had its flaws, but I am pretty sure they are all fixable, and the end of the season ended on a cliff hanger, so I need to know what happens to everyone.

There was no date given on when we should expect these episodes to show up, but if they already have them all written, it can’t be long now.  Here is hoping we have more Arrested Development in early 2016!