Thanks to Free Comic Book day getting me in my local comic book store Cosmic Comics on Cornwall Street in Bellingham WA.  I decided to give a couple of DC’s New 52 comic books a shot. 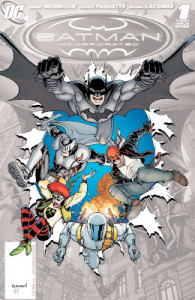 First up I decided to try out Batman Inc.  This is of course the comic book that follows Bruce Wayne’s ambition to start Batman franchises in Cities that need a caped crusader in their town, and the issue I read was all about Batman picking out just the right people to join his organization.  It is a surprisingly funny comic book.  It is drawn well, and it looks like they are picking a good group characters for the story arc.  It is defiantly something that I will be reading in the future. 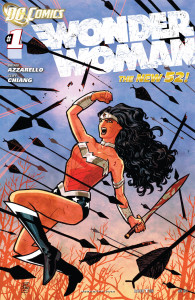 Wonder Woman has been praised as getting one of the best reissues of the group, and after reading the first few issues, I can see why.  The story is really getting in to who Wonder Woman is: Her identity as the Amazonian Dianna and also as Wonder Woman, and which person is really her.  The story follows Wonder Woman as she tries to protect a young girl from the gods because she is pregnant with Zeus’s child, and Dianna learns that she too is a demigod of Zeus’s.  It is good to see that DC has decided to take the Princess seriously.