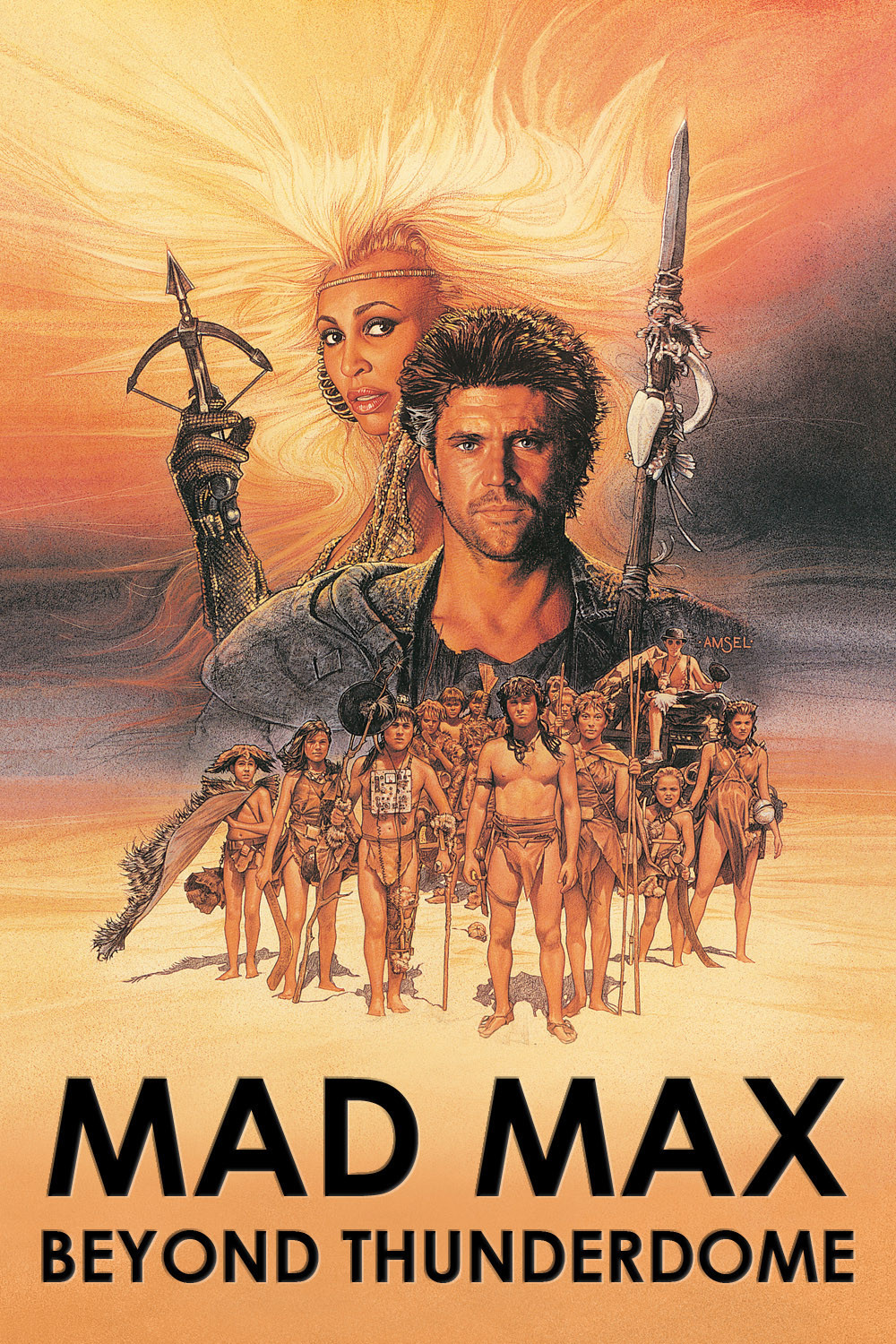 It is time for me to finish reviewing the original Mad Max trilogy with Mad Max 3: Beyond Thunderdome.  This was my favorite of the three movies growing up, but now after watching them all again in their not edited for cable glory, I now see that it is the weakest entry in the series.  Thus far anyway.  It isn’t terrible, but it just lacks the focus of the other films.

The film takes place fifteen years after Mad Max 2: The Road Warrior, and things have almost completely collapsed, but some people are starting to rebuild.  One such place is Barter Town.  A little encampment with electricity, commerce, and some semblance of law and order.  Oh yeah if you have an argument with someone you have to fight to the death in the titular Thunderdome!  So play nice.  This is where Max finds himself after being robbed by a flying bandit.  Later he helps the Lost Boys escape Neverland.

If you are looking at the description above and find the Neverland bit a little jarring, don’t worry it is in the film too.  It is no wonder that I thought that this was two movies growing up.  I used to think there was Thunderdome, and then Beyond Thunderdome.  Not so.  It is just one movie split in two, and the Lost Boys part is not very interesting.  The film takes Max away from the crazy people that the series is known for, and then makes him some sort of messiah for children.  Worse yet it only has one chase scene, and that is at the end of the movie for like ten minutes.  It is still a good chase, but just nothing on the level of The Road Warrior.

They got much better actors this time around, but since the story is worse it didn’t matter much.  They growl and shriek with the best of them, but if they have nothing to work with, there isn’t much they can do.  Even Mel Gibson looks a little lost in this film.  You can see him thinking, “so I don’t drive cars and shoot people?”.  Nope.  Just yell at some kids Mel.

I was pretty hard on this movie, but overall it is still pretty watchable in an 80’s sort of way.  It is just an odd turn from what the other movies are.  This film seemed to follow the Evil Dead sort of trajectory: hard core indie film, better version of the first film, and then new story with crazy self parody.  In Beyond Thunderdome’s case the parody version wasn’t all that funny, and the crazy story wasn’t super interesting.  I still like Thunderdome, but that is probably my nostalgia kicking in.