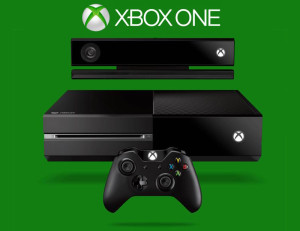 The PS4 is out for the press as of yesterday, and out for the general public tomorrow.  The Xbox One will have a similar release next week, but as the reviews are coming in for the games for these consoles the scores look pretty average.  So why did I decide to keep my pre-order on one when there isn’t anything great to play?  Potential.

Consoles generally always start off slow.  They have a limited number of games, and their menu’s need tweaking.  There are always glitches of some kind, but the potential of what people can do once they understand the hardware is always mind blowing.

People have been on COD: Ghosts for only running at 720p on the X1, and 1080p on the PS4 with some major frame rate drops, but you have to remember that this is the first time out of the gate with these new machines.  It took awhile for Xbox 360 games to look better than the original Xbox, but now looking back they aren’t even comparable anymore.

So you would think that after a paragraph like that I would be telling you to wait a year to buy a new system, but I am not.  Being able to try the new ideas and abilities of the machine as the games come out is exciting and fun.  Having the system in hand as developers learn to use the potential of the system is a great feeling!

Plus it really isn’t that expensive.  People look at the cost of the PS4 at $400, and the Xbox One $500 and complain that it is just too much money, but really it is not.  If these consoles last as long as the last ones did, I could be using this thing for eight years, so that is only $62.50 a year.  Plus with the rate of inflation these systems are right in line with the Nintendo Entertainment Systems of old.

I can’t wait for next week (probably the week after that due to shipping) to get and setup my new box of potential.  Developers you have a lot of potential to use, and I can’t wait to try it!

3 Replies to “Why I Wanted A Next Gen Console!”