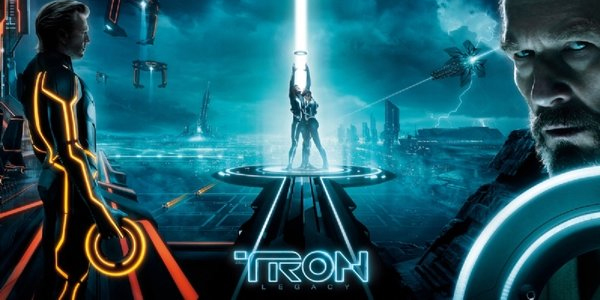 With Tron 3 filming in the fall it is clear Disney really wants Tron to be major franchise, and for the record so do I, but if Disney is going to be successful then the next Tron will not be able to get by on its good looks and cool sound track.  I figure they could use a little help, so here are my thoughts on how to make Tron 3 work.  This will have a few spoilers about Tron and Tron: Legacy, but they are so old at this point if you haven’t watched them you weren’t going to, and you are probably not going to read this post.

Tron: Legacy’s story was unnecessarily complicated.  There were these weird non-program AI people called ISOs, and they were being wiped out by CLU the program clone of Flynn tasked with making the perfect system.  Then to make matters worse they raised the stakes to ridiculous levels by having CLU plan an invasion of the real world.  I mean they have kind of painted themselves in a corner with the ISOs deal now, but at least we don’t need to go over it again, or dig any deeper in to it.  Also they are also going have to get back on The Grid fast.  I don’t want a Tron movie outside the computer world.  That is just a bad motorcycle movie.

Tron was barely in Tron: Legacy and the movie bears his name.  It was great to get Jeff Bridges back, but Bruce Boxleitner (Tron) is really the man that loves this franchise, so it is time to let him push it forward.  That is not saying I don’t want The Dude in the new movie, but that it just needs more Bruce.  Tron should have Tron in it.

The cartoon was the best thing the Tron franchise ever did.  Story wise anyway.  It didn’t have the best production values, and the animation was a little stiff, but they should bring it back to start the hype train for the new movie.  That way people have an idea of what is going on in the Tron universe, and it starts off the advertising.

Admittedly Tron is a hard movie to advertise for.  It is supper geeky and hard to explain, but if Disney can make Guardians of the Galaxy one of the hottest properties on the planet, they can do a better job with Tron.  It will take some work, but I am pretty sure that they can get people excited to see a special effects spectacle.

5: Keep it up with the light cycles

The biggest thing Tron: Legacy got right was all the cool light cycle races, and light fighter battles, and the light everything else.  Pretty much anything with a light vehicle was awesome, and they need to do more of that.  If they keep the story simple like in my first point there should be more time for cool stuff, and this series should be all about cool stuff.

Well those are my ideas for making a great Tron 3.  I know it is too late for the script since they are going to start filming soon, but maybe this will help them in the editing process.