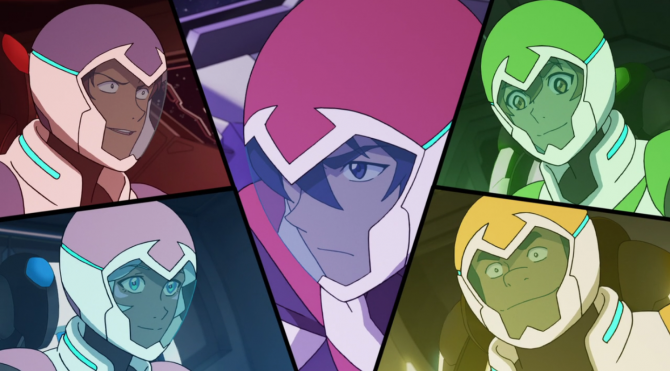 When I was a kid I had to suffer through tons nonsensical dialog and plot devices to see cool interlocking cat robots fight crazy evil bad guys.  Not so with kids today.  They can turn on Voltron and see actual character development and long term plots that make sense.  Not to mention bad guys with actual plans, and it all gets even better in ‘season’ three.  Plus they still get cool interlocking cat robots!  How dare DreamWorks and Netflix create quality programming for kids!

The biggest flaw in season three is that it is only seven episodes long, so it is missing a third act.  It just kind of ends, and that is how the Voltron of old would have finished things.  Just leaving kids to wonder what happened and why they all become different space explorers in the next season, but no, today’s spoiled kids get the promise of more this October.  They will get to see what Prince Lotor is up to, and I am sure it will be awesome.  It just isn’t fair.

Stupid spoiled kids and their awesome TV.  They will never understand the terrible stuff we had to watch.  Heck their He-Man and Thundercats made sense.  Sure they get terrible Transformers movies, but that seems like a small price to pay for living through the golden age of television.  Oh, if you haven’t watched it yet, the third season of Voltron is pretty darn great.  (Shmee goes to the ocean and then shakes his fist at the tide!)

One Reply to “The Kids Today Have The Best Cartoons!”