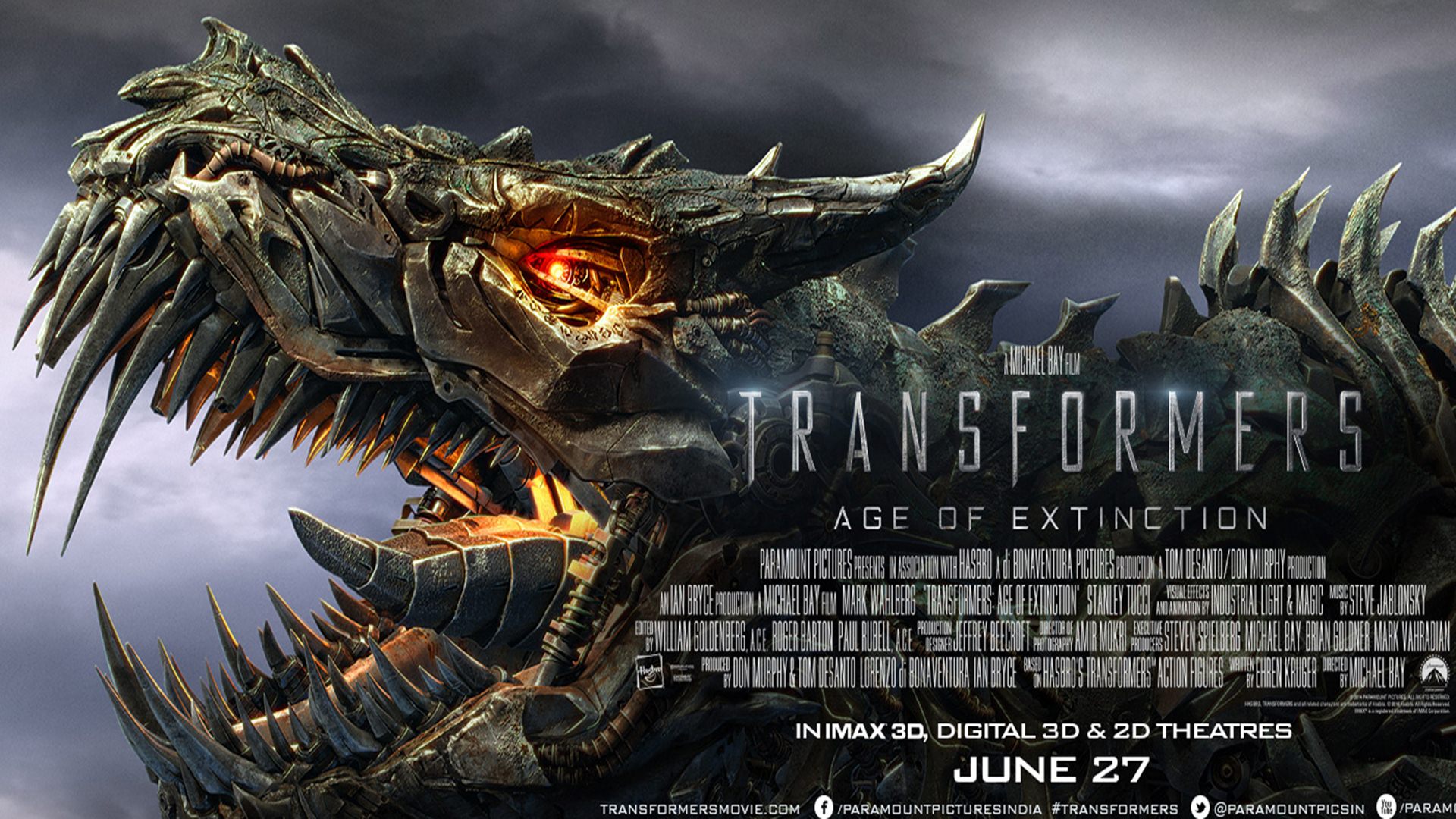 When scrolling through Netflix Mrs. Shmee saw Transformers: Age of Extinction, and said, “Hey let’s watch that!”, and I inexplicably agreed.  I shouldn’t have, but I did.  I will say this: Michael Bay knows how to make his type of movie.  His finger prints are all over it: The slow motion camera rotations, actors group posing in front of amazing backdrops, creepy floor height shots of every woman on set, and about a million American flags.  To his credit, his movies sell, but they sure aren’t good.

I was going to try and give you the plot, but I am not sure that I have figured it out yet.  I can at least give you the setup.  Transformers: Age of Extinction takes place after the destruction of Chicago in the last movie, so the Autobots are no longer working with the US Government, and worse for Transformer kind that means they now are being actively hunted and killed by the Government with the help of a new alien robot.  You know because the Government can’t trust alien robots…

Quite a switch I know, but the real reason for this is so we can get new Transformers, and you would think with the voice acting talents of John Goodman and Ken Watanabe that would be okay, it isn’t.  The new Transformers are all terrible.  Not that it is Goodman or Watanabe’s fault, they just look ridiculous, and are given just completely rubbish dialog.  They don’t have conversations, they just say things.  Odd things, mostly about wanting to kill humans.  Which I guess given that we are hunting them down it makes sense, but they are supposed to be the good guys.

The rest of the actors don’t fair much better, so they just do their best to chew through screen time.  I mean it is like Mark Wahlberg just decided to play the SNL talking to animals version of himself.  I half expected him to tell Optimus Prime, “Say hello to your mother for me!”  Stanly Tucci similarly seems to just throw his hands up and act as crazy as he can.  The rest of the cast just gets to stand around and react to things.  I would love to see a copy of the script for Age of Extinction just to see if there is dialog on it, or just vague direction like, “act surprised”, or “say something about murdering humans!”  It was all so bafflingly poor.

Now all of this would be somewhat forgivable if the robot action was at least good, but Transformers: Age of Extinction is the worst of the bunch.  Yes, I know what you are thinking.  Yes, there are robot dinosaurs, but they are at very end when the movie moves to China for some reason.  They can’t save it, the action just isn’t very good.  Plus there are long (very long) stretches of time were nothing with a robot happens.  We are just left watching confused humans attempting to try and make this movie watchable, but for a movie with a two hour and forty-five minute running time, they were never going to succeed.

Now all my ranting about Transformers: Age of Extinction is for nothing, Transformers 5 comes out next year, and it is probably going to be worse given the downward trajectory of this already low quality franchise, but it will still make hundreds of millions of dollars, if not billions, so we will get Transformers 6.  Mind blowing.  Don’t watch this movie (unless it is the RiffTrax version).  It isn’t good, and it is just encouraging Michael Bay.  In the words of Mark Wahlberg, “Get me my alien gun!”

One Reply to “Why Did I Watch Transformers: Age of Extinction?”