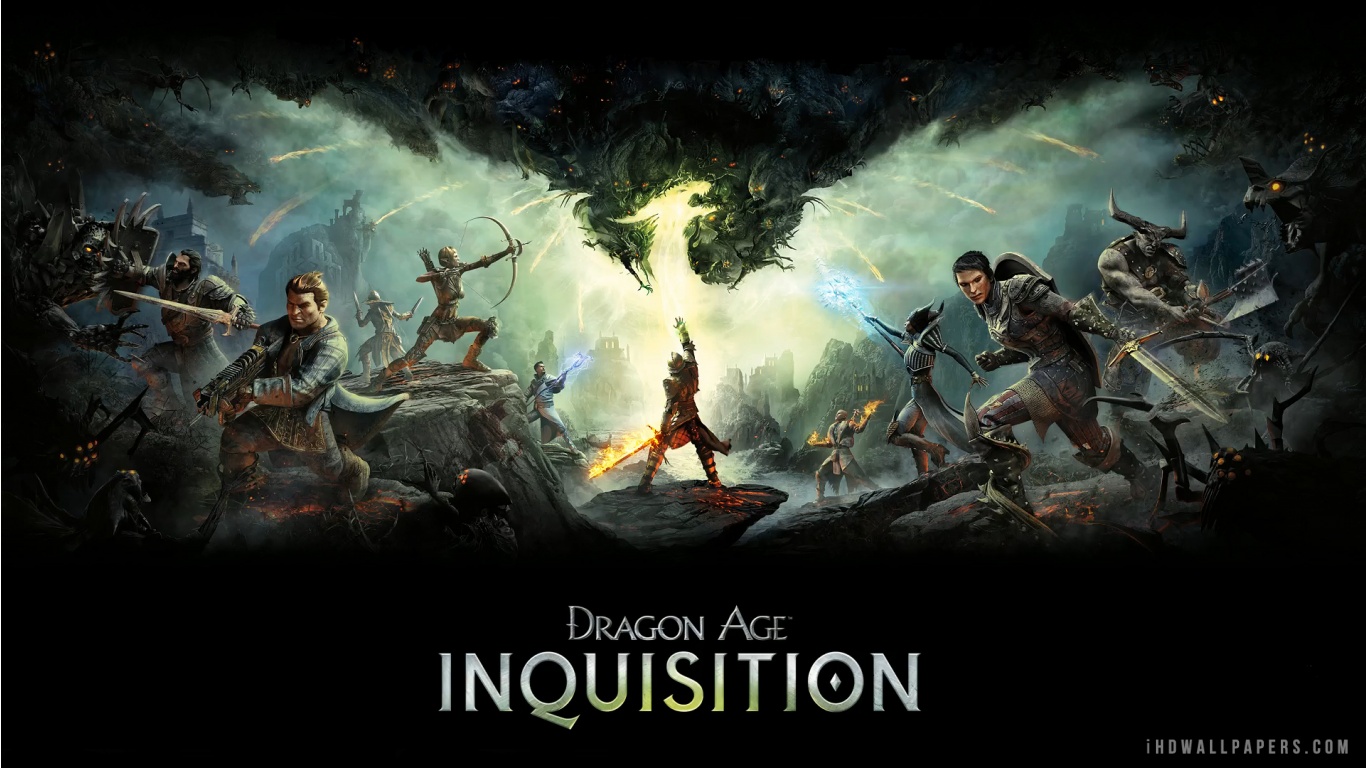 I have been playing Dragon Age: Inquisition for quite some time, but I kept telling myself I needed to get in to it more before I gave my review.  Well, I have a ton left to play, but I am going to give you my thoughts anyway, why?  Because by the time I am done with this game it will be 2016.  This a huge game, and one worth spending some time in.

The game is technically the third game in a series, but you can tell the developers wanted this game to stand on its own.  Almost a reboot if you will.  The first game Dragon Age: Origins tried to be an old school RPG, but then also be friendly to console gamers, and ended up somewhere in between.  Making neither crowd very happy.  The second game Dragon Age 2 went straight up action RPG, and in the process lost what fans the first game had.  With Inquisition Bioware took a step back and looked at the games of theirs people did like, namely Knights of the Old Republic and Mass Effect, and then made a fantasy RPG that followed in that style.  There result has been great.  If you don’t want to jump in to this world without knowing what has happened you can go to Dragonkeep.com and customize all the actions that you would have taken in the other games while learning the backstory.

If you have ever played a Mass Effect or Knights of the Old Republic game you will understand how this game works very quickly.  You get three party members with you at all times, and you can just control your character and let them act on their own, or you can pause the action and assign their actions.  What is new this time around is that you can kind of program their automatic actions in the menu, and if you wish you can just flat out control them as if they were your character, so if you are sick of playing your mage for awhile you can play as one of your brawlers.  It is quite fun.  Thankfully you can select the armor and weapons for all your sidekicks, not just a couple of things like the later Mass Effect games.

Like Bioware’s other games, Dragon Age: Inquisition doesn’t take place in one spot like say Skyrim, you unlock different zones and areas as you play, or gain “Power” as they say in the game.  Much like the planet maps of their Sci-Fi games, you have a world map in this game.  Now the zones are plenty large, so there is still stuff to do for you explorer types.  Well, there is plenty to do regardless of your play style.  There are so many quests and areas that you will have something to do for a long time.

There are a couple of downsides to this game.  One, it takes a long time to truly start.  Not until you get your castle “Skyhold” do you really gain access to all this game has to offer, and even if you press through to your castle, it will take you at least twelve hours or so to get there.  That is the length of some games right there, and in this game you are maybe 15% done.  Crazy.  The other problem is that some of the quests are kind of boring (namely the Hinterlands).  Like they were thrown in for filler, but with so much to do they should have just been left out.

I am enjoying my time with Dragon Age: Inquisition, and I can’t wait to play more.  I am nowhere near done with this game, but I have already got my money’s worth.  This game seems like it is always on sale now, and it is well worth a purchase at even full price, so it is a steal now.  If nothing else this game will give you something to do during those long gameless summer months, or at least until The Witcher 3 comes out in May.