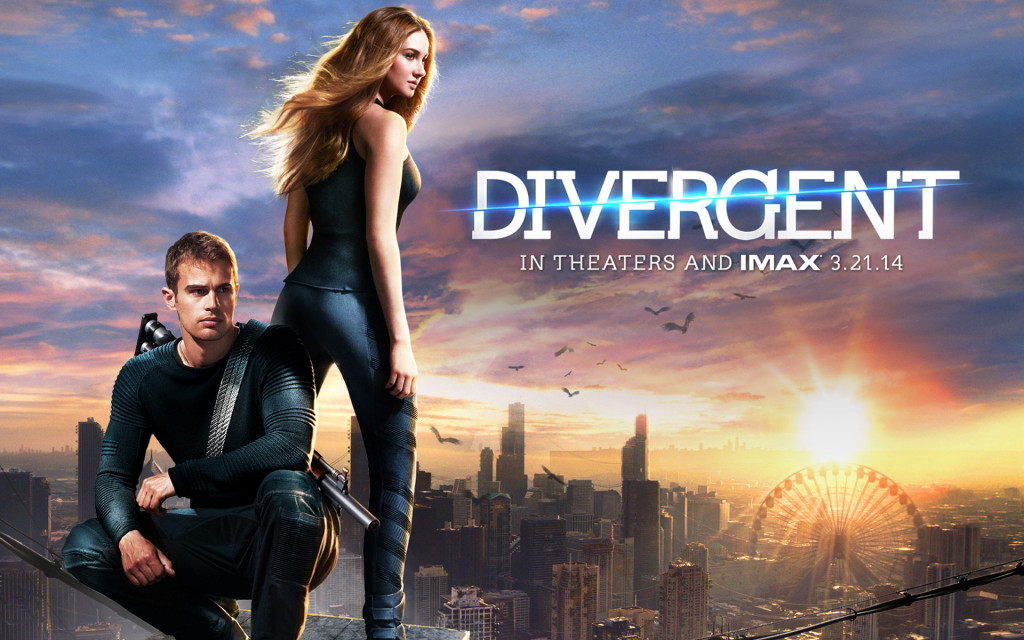 With the success of Harry Potter, Twilight and The Hunger Games it is no surprise that movie studios are making movies based on every YA book ever written.  Divergent is Lionsgate/Summit Entertainment’s latest take on the genre, and it is a fine film, but it doesn’t do anything to set itself apart from other better movies.  You know like the movies I listed before.

Stop me if you have heard this before, a girl in a dystopian future finds out that she is different, and only she can save the world!  Well, okay, in this case it is a bombed out Chicago, but it is the world as they know it.  The big change in this movie is that they have to choose factions, but they are tested, and they are supposed to choose the faction that the test tells them to pick, sort of like a sorting hat, or a district or something.  Beatrice Prior’s (Shailene Woodley) test says she can be whatever she wants; she is divergent!

Anyway you get the general idea.  There may be a hunky guy or two in there too just for fun.  The story isn’t really that bad.  It is just very familiar, and the writers didn’t do a lot to stress the differences in this world to the ones that we have seen before.  Almost like they were instead playing up the similarities, which is a shame.  As a lover of comic books, I am okay with seeing the same story over and over, I just appreciate it when they at least try and show me something new.

The art direction follows the same path as the writing.  It is like they went ahead and copied the color pallets from other films **cough** The Hunger Games **cough**.  Though the destroyed Chicago set did look cool, and the city did help his movie at least feel like it was in a different place.

I was pretty hard on this movie, but it wasn’t terrible.  It was just all done before, and better.  We are getting three more of these films, so they will have a chance to pick it up a bit.  I just hope that Insurgent can show us something new.