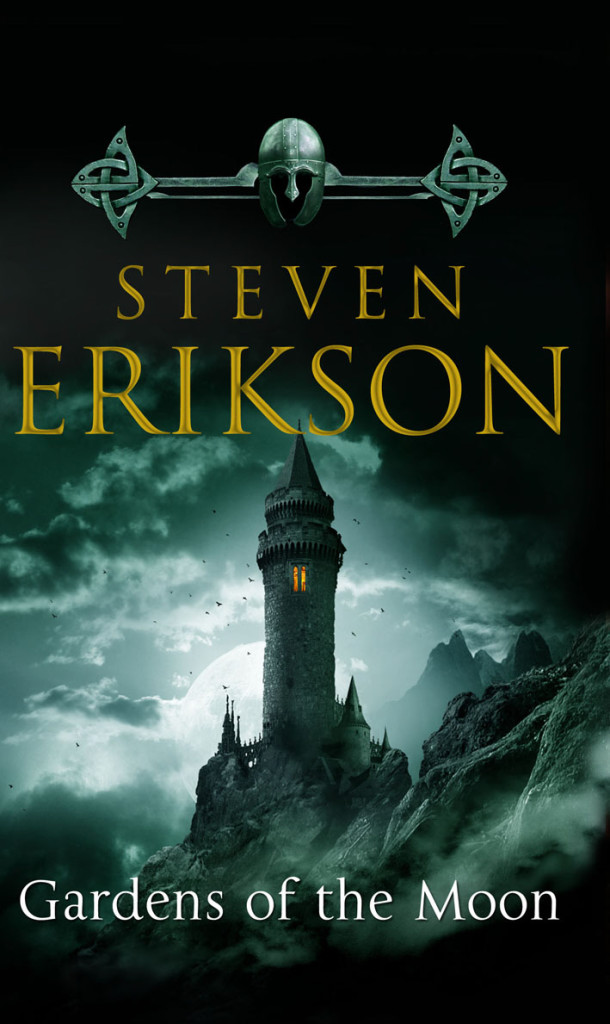 Gardens of the Moon is the first book in Steven Erikson’s Malazan Book of the Fallen series, and for me it wasn’t the greatest way to start the series off.  For sure Steven Erikson has built a massive world with this series, but I just didn’t really enjoy my time in it.  It felt like I was wandering around for awhile until I found the map, and then I raced to the end.

There are a lot of plot threads in this book, so I guess I would say that this book is about a city Darujhistan, and if it will fall to the Malazan Empire.  That sounds like a simple premise, but Erikson insures that it is not.  You keep circling it and waiting for it to happen, but it takes awhile to get there.  Once it does get to the point it is a fun fantasy romp.  It is just a shame that I had to read through three quarters of the book to get there.

When I read some background in to this book and its world, I found that it started as a universe to play GRUPS in, pretty much Advanced Dungeons and Dragons, so then the large complex world with tons of characters makes sense because you need to give your players a lot of options, but for a book it kind of comes off like a confused mess.  Which is a shame because there are a lot of good ideas, I just wish that Erikson had focused on some of them.

I can tell a lot of work went in to this book, and that if I had any questions about this world at all that Erikson would be able to answer all of them.  Maybe if I had visited this world as an adventurer instead of a reader I would have enjoyed myself more, but as it is, I feel like I spent a lot of time working for a small pay off.