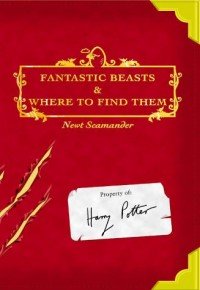 Well Warner Bros and J.K Rowling finally announced what they are going to do with the Harry Potter Universe:  It looks like the will be making movies based on the authors of Harry Potter’s textbooks, so for the first one will be Fantastic Beasts and Where to Find Them, and it will be about the author Newton Artemis Fido “Newt” Scamander.  It will take place seventy years before Harry and his gang, and they are saying it is not a prequel it is just in the same universe as Harry.

I was wondering what Warner Bros was going to do with Harry Potter because it was way to profitable to not be revisited, and I think this is a great idea.  For one I think it is far enough in the past that you don’t have to worry about how it leads up to Harry’s life it can just be on its own, and it sounds like they are planning on making a series of textbook movies, so I can’t wait for one of the protection from the dark arts books.

I am also glad that they got J.K. back on board.  I am sure Warner Bros could have written a fine screenplay without her, but to have her write it will ensure that everything fits right within the confines of her world.

I have never read the books and have only watched the movies, and I am not a mega-fan like my wife, so I would love to hear what all of you out there think about this movie, and possible series of movies.

3 Replies to “Expanded Universe Harry Potter Movie In The Works!”