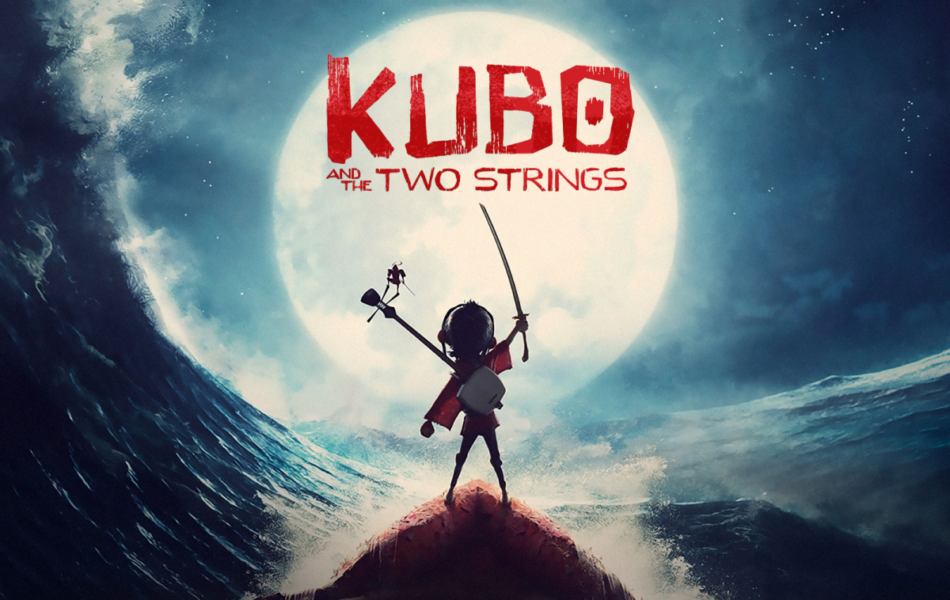 If you have followed my site, you know that I have a giant soft spot for stop motion animated movies, and Laika in particular brings me more joy than any one animation studio should.  That being said, Kubo and the Two Strings might be my favorite movie of theirs yet.  I just watched it, but I already want to watch it again.

The movie is about a young boy named Kubo (Art Parkinson) who has to find his father’s magical armor.  He will be joined on this quest by a talking monkey (Charlize Theron) and a beetle samurai (Matthew McConaughey).  He is armed only with his mother’s magical shamisen (kind of like a Japanese guitar).

There is so much to Kubo and the Two String’s story, but I don’t want to give any of it away.  It is simple in its premise and plot, but it excels in its execution.  It is sad, scary, funny and hopeful in just the right amounts.  The movie is an hour and forty minutes long, and none of that time is wasted.  It is fantastic story telling.

The look of this movie is flawless.  There are always incredible things to see.  I haven’t had this much fun just looking at a movie in a long time.  It is truly candy for the eyes.  It makes other films dull by comparison.  Even if I have a bias towards stop motion, that doesn’t mean you shouldn’t believe me when I say Kubo and the Two Strings is a visual feat.

Another bias I have is Charlize Theron, so you will just have to trust me that she was great anyway, and she brought the monkey to life with her voice perfectly.  McConaughey and Parkinson also did amazing jobs.  With their talents it is easy to forget that you are looking at little models in front of a green screen.

Kubo and the Two Strings is so good that if it was a blanket I would wrap myself up in it and never take it off.  Sadly (thankfully?) it is not.  One word of warning, Kubo can be a tad scary, so if your kids are easily frightened you might want to wait until their are older.  Other than that, Kubo and The Two Strings is a great film for the whole family, and one I wholeheartedly recommend.