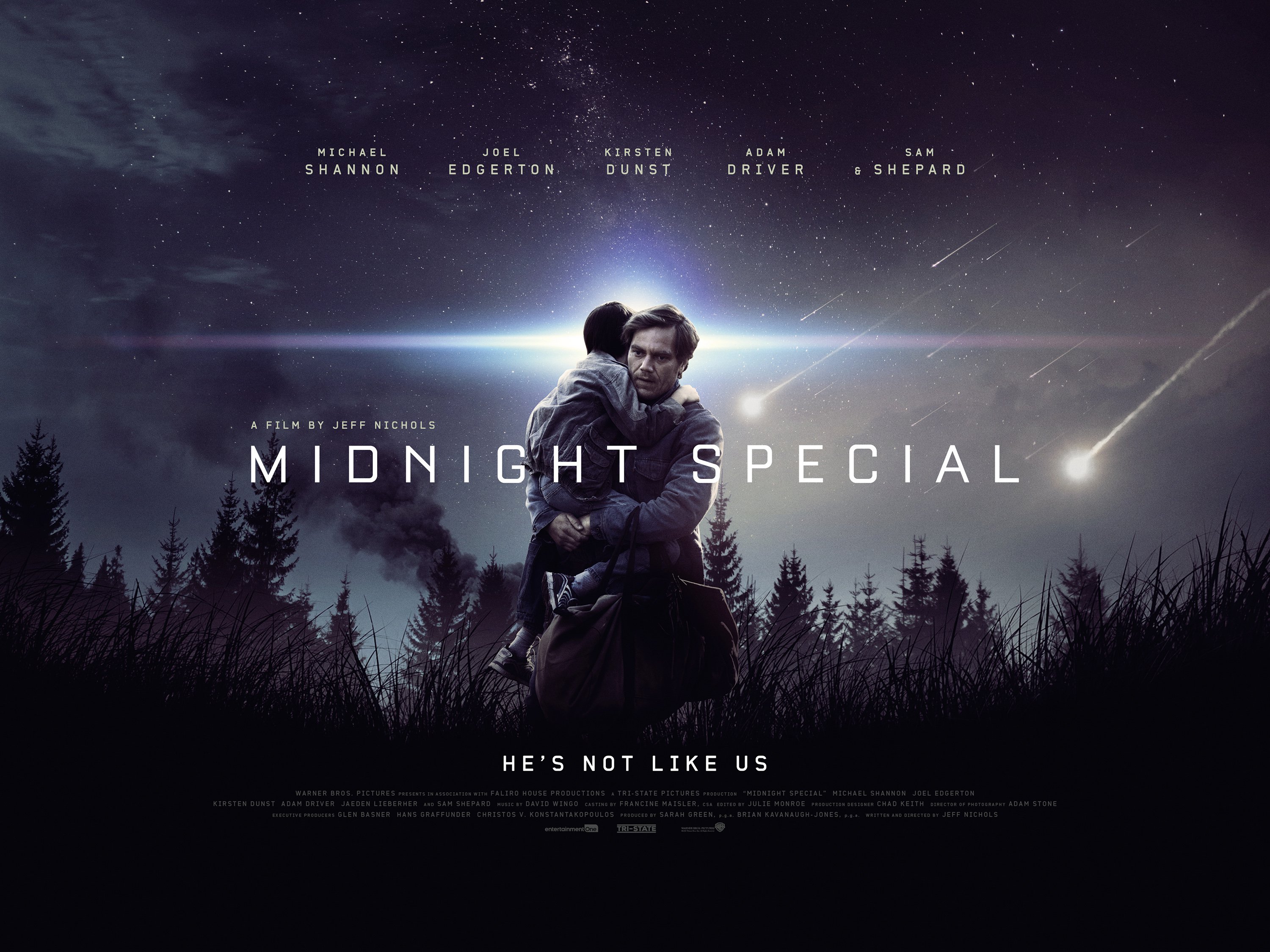 Have you been thinking there have not been enough 80ish Spielbergian movies made recently?  Well apparently Jeff Nichols felt that way so he made Midnight Special.  While Midnight Special has nothing to do with a southern midnight prison train, it is very good, and it seems right at home in today’s media climate with shows like Stranger Things on the air.

I don’t wish to give away any of the plot, but it revolves around a man (Michael Shannon) trying to get his son (Jaeden Lieberher) to Tallahassee with the help of his friend (Joel Edgerton), and his son is not quite normal.  Intrigued? I hope so.

Even though Midnight Special is Sci-Fi, it is really a road trip drama, so special effects are used sparingly, but when effects are used they create more awe than if they were used all the time like in other films.  The writing is what makes this all work.  You can tell they are a family on the run, and they are doing whatever they can to get to where they are going for the sake of their son.

Dramas fall flat if the actors don’t hold up.  Thankfully this is a talented cast, and they keep this movie running.  I never doubted any of their performances for a minute.  I guess there is a reason Jeff Nichols uses the same actors over and over.

I didn’t know what to expect when I started watching Midnight Special.  I had just heard that it was good and Steven Spielberg kept being mentioned a lot.  Though to be fair this is not a straight up Spielberg copy.  It is more like someone watched a lot of Spielberg growing up, and then made their own version of something in his family Sci-Fi genre.  Anyway, what I am trying to say is that Midnight Special is a great movie, and you should watch it (even if you don’t like 80’s Spielberg movies).