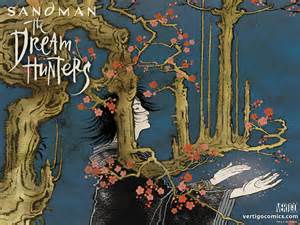 Interesting news yesterday as Deadline.com reported that Joseph Gordon-Levitt would be staring in and directing Neil Gaiman’s The Sandman for Warner Brothers.  Gordon-Levitt afterwards tweeted that he would just be producing with the possibility for more as the film progressed, but still it confirms that Warner Brothers is moving ahead with one of Vertigo’s (DC’s art house brand) most successful comic books.

The Sandman should be a fun movie.  The comic book was written by the great Neil Gaiman, and he has given his blessing to this film.  The Sandman has some of the craziest art to ever be in a mainline comic book.  This movie will either be awesome or someone’s fever dream, but I am kind of hoping for both.

Considering they are just naming writers and producers at this point, I am guessing we have a ways to go before we will be watching this at our local mega-plex, but it will give you some time to check out the comic book!

P.S. Speaking of awesome Neil Gaiman comic book movies, you need to watch Stardust.  It has a purple case, and it looks like it is for thirteen year old girls, but it is fantastic.

3 Replies to “Joseph Gordon-Levitt Signs On For Vertigo’s The Sandman!”