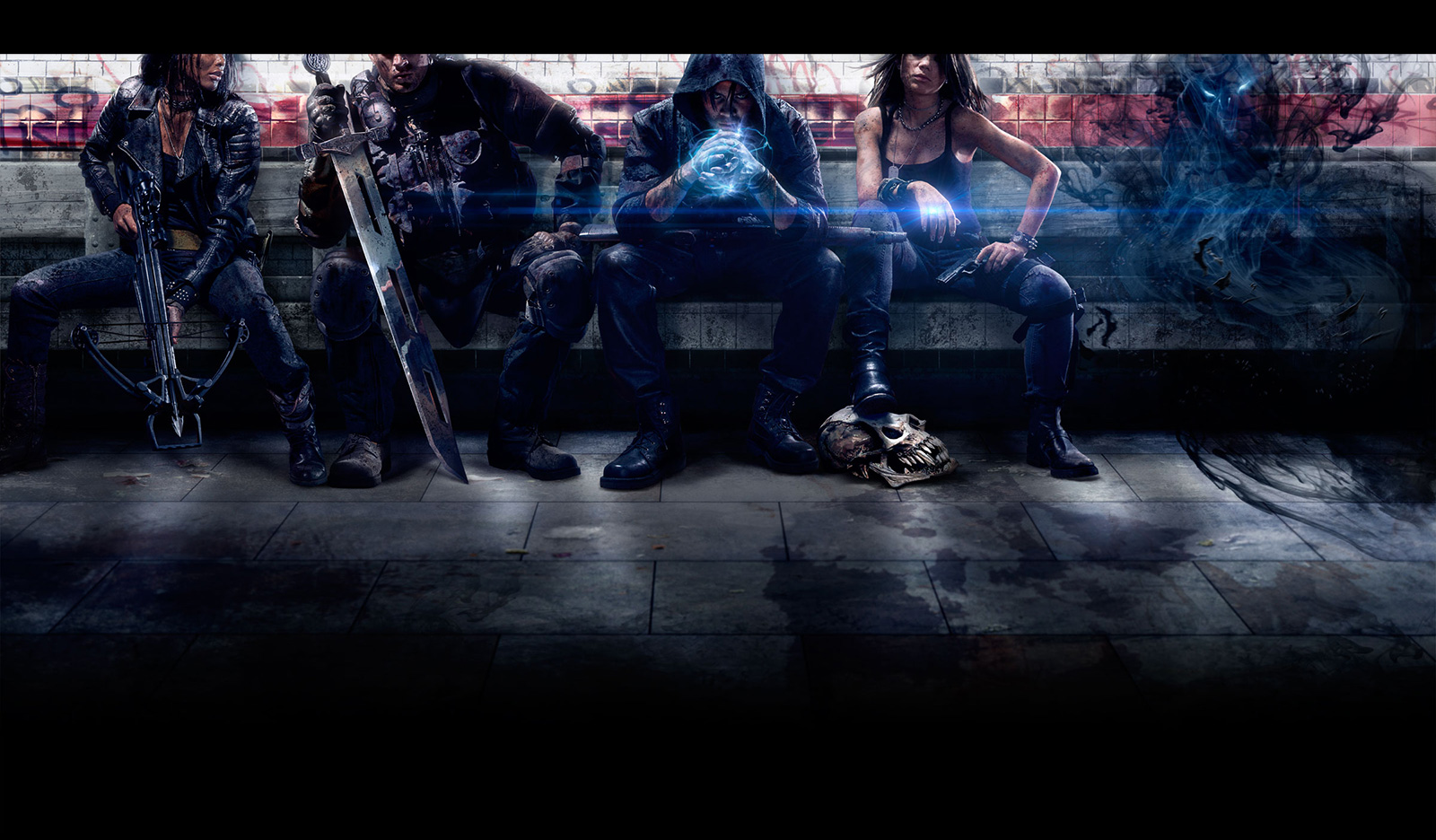 While Shadow Realms wasn’t at PAX Prime proper, BioWare did have party were they allowed attendees to play the game while eating free food and talking to the developers.  I happen to love playing games and eating free food, so this was pretty awesome.  I came away from the event pretty excited about Shadow Realms’ potential.

What they showed of the game was a four on one action RPG dungeon.  So four heroes, a mage, a cleric, an assassin, and a fighter went up against a Shadow Lord.  The heroes controlled kind of like if you merged an MMO and Diablo with a third person shooter.  The primary attack was a left click on the mouse with the character’s primary special ability on the right click, and since I was the assassin that was my dodge.  The WASD keys were the directional movement.  Other abilities like poison dart throwing were assigned to hot keys.

I didn’t get to play as the Shadow Lord, but his controls were similar except that he couldn’t interact with the heroes directly.  He would either have to take control over one of his minions, lay traps, plant bombs, or spawn bigger bad guys.  It definitely made the campaign more difficult having someone actively working against us.  We were not able to beat the Shadow Lord, but we came pretty darn close, and I am sure our group could have taken him if we got another shot at it.

BioWare also talked about the parts of the game that we did not see, for instance there will be a single player component to this game were all the role playing will take place.  So all the talking and story will be done in another area, and only the combat will be multiplayer, or at least that is what is sounded like.  Now I am not sure if that means there will be no single player combat, and no multiplayer roleplaying, but since this game is in pre-alpha the devs themselves may not know, or the answers may change.  I am also not sure how the Shadow Lord’s role playing will take place.  Will he have a totally different story?

BioWare said that this game will be PC only, but the controls would map to a controller very easily, and EA likes money, so I would bet that you will see this on Xbox One and PS4 soon after the game comes out.  The other big question about this game is how the episodic content will work.  Only Telltale Games has been able to make that model work well, and that is because point and click adventure games lend themselves to being told in episodes or chapters.  We will have to see if BioWare can pull it off for a large scale RPG.

As you can see I still have a lot of questions about Shadow Realms, but since this game is in pre-alpha and not feature complete, I may be a couple years away from getting those answers.  I had a lot of fun playing this game,  and I cannot wait to get more info and hopefully a little more play time.

3 Replies to “Hands On Shadow Realms!”