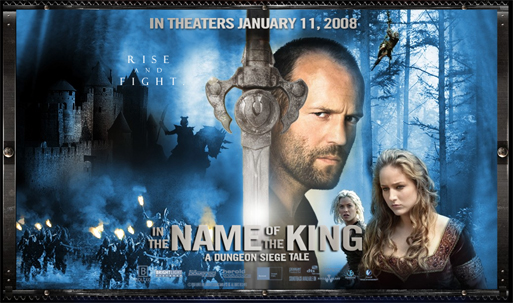 While watching Transformers: Age of Extinction, I remembered a part of one of the many rants of infamous director Uwe Boll saying something to the effect if he made a movie with the budget of Michael Bay his would be better.  That seems like a very low mark to aim for, and to Bay’s credit I think he is very smart and knows exactly what he is doing, but it made me ask the question, “What would a $200 Million Uwe Boll movie look like?”  I mean what cinematic horrors would he unleash?  I am going to give my best guess as to what this movie would look like.

First off, Uwe would need a video game to base his movie off of.  It couldn’t be something small, with this budget he would get one of the top franchises.  Halo and Call of Duty are too controlled by their publishers, and Boll has too much of a reputation for them to take the risk on him, but one publisher would relish the theatric destruction Boll would bring.  That would be Take-Two/Rockstar.  That’s right, I am betting Boll would make a Grand Theft Auto game.

Now part of the fun with Grand Theft Auto is it knows it is over the top, and everything is very tongue and cheek.  Uwe Boll would miss all that and play it straight.  His movie would follow a man as he murdered and slaughtered his way to the top.  He would think he was making a new version of Scarface, but in reality it would just be stupidly violent.  Now with $200 Million he could pay a script writer to write something decent, and he probably would pay someone to do it, but then he would say it was garbage and then write his own worse version.  It would all be part of the process.

Since this is Uwe Boll we are talking about I am guessing he would try and ‘sex’ it up a bit.  He would do that the only way he knows how: adding naked women.  They would be everywhere.  He would put them in like a home decorator adds in lamps.  He would get an actual actress do strip down too.  He was very proud of himself for saving money in BloodRayne by hiring prostitutes, but with this budget he would get real SAG actresses.  I am guessing he would set a record for the amount of skin on screen in an ‘R’ rate movie.

Now all that money would finally get him the special effects budget that he has always wanted, so I am pretty sure that to prove he is better than Michael Bay he would try to beat him at his own game.  This movie would be nothing but slow motion pans and explosions.  He would level Detroit, or some other cheap-to-film-in US city.  Everyone would be shooting at any given moment just because he could afford it.

So what I am saying is the movie would be gloriously bad.  It would be a violent, incoherent mess with a bunch of naked ladies.  So pretty much a Michael Bay movie, but without any of the marketability.  I think Uwe Boll would fall very short of Michael Bay, and give us one of the worst movies ever made.  Something that would be talked about for ages.  Rockstar Games would love it.