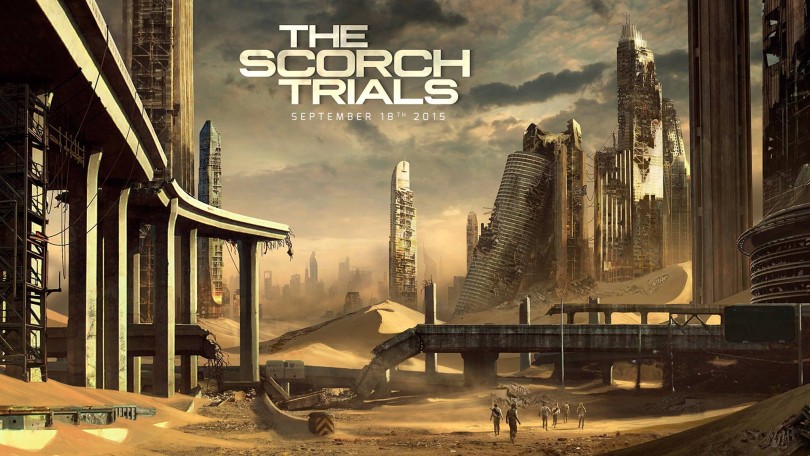 The Maze Runner was a surprise mid-level hit for Fox in 2014, so it was not surprise that a sequel based on the second Maze Runner book, The Scorch Trials, was green-lit.  What was surprising is how different Maze Runner: The Scorch Trials was from the previous film.  It is pretty much a straight up zombie movie.  It is mildly entertaining, and there is some fun to be had, but it doesn’t go deeper than that.

Now that the Gladers have escaped the maze and WCKD’s clutches they find themselves ‘rescued’ by a new group.  Can this ‘rebel band’ be trusted?  Of course not, so they soon escape only to be chased by zombies in the desert while looking for a real group of rebels to take them in.

I just wrote three short sentences about the plot of The Maze Runner: The Scorch Trials, and I think I may have given away too much.  There really isn’t that much to this movie.  They just run a lot getting chased by either WCKD or zombies (known as Cranks).  They do offer a little more info about what WCKD is up to, but nothing that interesting, and I still have no idea what the title of the film is referring to.  There are no ‘trials’ as far as I could tell.  Tribulations perhaps.  Also after looking at the plot synopsis of the book, don’t expect this movie to be anything like the source material.

Maze Runner: The Scorch Trials is a completely passible way to send a couple of hours.  There is nothing wrong with a family friendly zombie movie, but after the intriguing first movie it is a bit of a let down.  Still it was good enough that I will probably watch the third movie whenever it comes out.  At least they are not splitting Maze Runner: The Death Cure up in two movies like every other YA series’ last book adaptation.