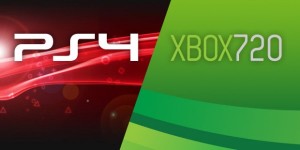 Microsoft is about to announce its next Xbox on May 21st, Sony already had their announcement, and Nintendo launched their new Wii U, but what do I want out of my next console?  From the sound of things Sony and Microsoft seem to think what I want is to get my Social Network feeds streaming to my TV, and that I want to share everything I do with the world, but that sounds awful to me.  I am not a huge fan of social media as it is, so to have it bombarding me while I play games sounds like the worst thing ever.  So here is what I do want.

I want a platform that is easy to develop for, so that I can get all the latest indie games, and along with that I want an online store that is easy to find stuff in.  I don’t want to have to hunt around for the title I want; I just want it to be there at my finger tips waiting for my money.  Speaking of the store, I want to not only buy little indie games in it, but also be able to buy new AAA games there, and be able to preload them like with Steam on the computer.

For some the whole reason to upgrade is the graphics, and that is less of an issue for me because the graphics for the most part are pretty good these days, so what I want is for there to less loading screens, and clean up the jagged lines.  If the new consoles can do those two things I will be happy.

I would also like more TV viewing options.  The current consoles are already great streaming boxes, but I would love to have more choices, and for more TV companies to do what the CW did, and allow people to watch their shows as they come out without a subscription to cable.  Nice work CW!

I am excited to see what the next generation of consoles will bring, but I am also scared that they will turn my living room in to a place where people are going to shout their social feeds at me.  If I can get what I want above, and be able to turn off the social media I will be a happy camper.

3 Replies to “What Do I Want From Next Gen Consoles?”