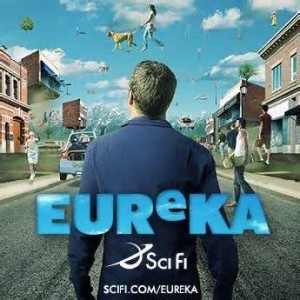 I finally started watching the last season of Eureka.  I have been putting it off because I didn’t want it to end.  For those of you that don’t know Eureka is about a town of super geniuses that are kept in check by an average Joe named Sheriff Jack Carter.  It only lasted five season because the folks over at NBC decided that it was to expensive to keep going.

The show had so many great characters and quirky pseudosciencey stories it was like watching a tongue and cheek Sci-Fi pulp novel.  If you want to watch some fun light hearted Sci-Fi, then Eureka more then fits the bill.  I can only hope the Sy-Fy Channel finds a show worthy to replace it.