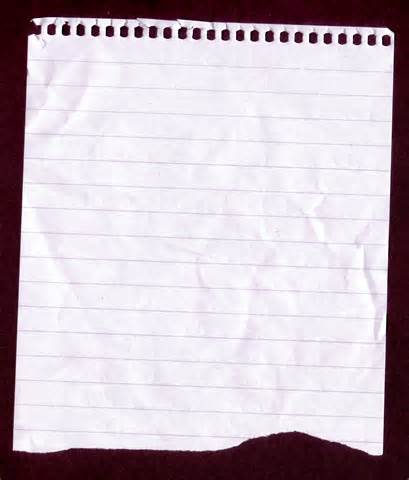 I stood there trying to force myself to move, to speak, to do anything at all, but I was too scared.  These little humans looking at me expectantly, but still with so much animosity.  The girl that closed the door stepped closer, “You brought the pen.  You must be here to work on us.”  She reached in to her pocket and pulled out a piece of paper and handed it to me.  At first it seemed small, but the more I looked at it the longer it got.  It was the story of her life.

It was meticulously written, every detail about this girl was filled out.  Some things were scratched out and replaced, lines tweaked, but it was all there.  All but the end.  The story just stopped.  I looked at her, “what do you want me to do?”  As I said that the box grew cold, but I knew that it was the pen inside growing even colder.  “Finish us”, the girl said softly, “We need to be free.”  The pen went from cold to hot.  I was barely able to hang on to the box.  The pain was intense.

I wanted to say no, to flee this place, but their eyes went from angry to sad, so I grabbed the little nightstand and sat on the couch.  Then I mustered my resolve, and pulled the pen out of the box.  The pen was angry changing from hot to cold, shaking in my hand, but I was able to put the pen to the paper, and I wrote the line, “After a long and happy life, she died peacefully in her sleep.”  I looked up, and she was gone.  Seeing what had happened all the little people started pushing forward with their stories in hand.  Clawing and pushing their way towards me.  With every ending that I wrote, the pen would punish me more.  My hand ached.  I was both burned and frozen by the pen’s jade surface.  The pen grew heavier trying to force me to loose my grip.  Making each mark was a struggle.

The church was also changing.  The glimmer that had kept up its façade was unraveling, revealing crumbling walls and holes in the roof and floor.  It was falling apart around me.  The light that shone earlier was fading, and I was trying my best to write in the dark.  As the darkness grew so did a shadow.  It was slipping out of the office and creeping its way towards me.  Every story finished brought it nearer.  With only a few pages left to go it enveloped me.  I felt as though I was choking on its darkness.

As I finished the last tale the shadow collapsed on me.  I couldn’t move or see.  All I knew is that I was now lying on my back holding on to the pen.  The darkness was forcing its way down my throat.  The pain the pen was causing was so great that I was starting to loose all feeling in my left side.  My body was shutting down.  I had finished the stories and the pen was going to kill me for it.  Then I remembered that I had gotten gas before driving all the way out to Custer, so fumbling in the dark with all the strength I had left I pulled out the receipt and wrote on the back, “Suddenly the jade pen crumbled!”

I woke up some time later.  The church was just a shell, rotten and decaying, and there was a small mound of little jade rocks on top of my severely scarred  hand.   Their were pieces of paper strewn about.  I gathered them up and buried them in the jade box next to the “Condemned” sign outside the church.