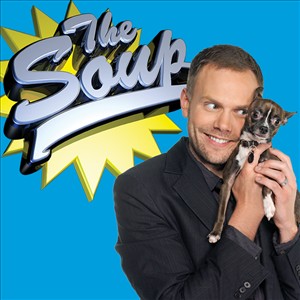 After 11 and 1/2 years The Soup has been canceled.  I know this to be true, I have watched the final episode.  It wasn’t the best episode they have ever produced, but it was a good send off.  It featured a cavalcade of Joel McHale’s favorite celebrity guests, and his 11 favorite clips.  Not to mention several snippets of famous bits they have done over the years.  We have seen those clips and bits several times before, but it was nice to see them one more time.

I found it humorous E! took The Soup’s departure as an opportunity to start the advertising campaign for their new reality show featuring fitness guru Jillian Michaels.  It was the least self-aware act of promotion I have ever seen.

In the end The Soup was canceled because some suits thought they could do better (or maybe cheaper?) at 10PM on Friday nights.  I hope they are wrong, and that the time slot is cursed as a viewer void and a money pit for decades to come.  I know for me, they have gotten rid of the last good thing on their channel, and there is nothing for me to go back for.

TV is now worse because they have gotten rid of the mirror that showed us the ridiculous stuff that we were watching, and laughed at it with us.  To Joel and Co., thanks for memories and the great TV.  Twelve seasons of any show is a major accomplishment, and I wish you all the best in your future endeavors.  That includes you Mankini <sobbing><whispers>..that includes you Mankini.