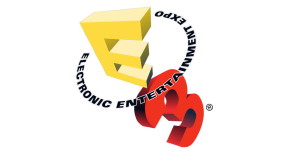 All the big companies kicked off E3 yesterday, and while there were a few cool announcements, for me there was nothing ground breaking.  Let me run down what happened:  Every major game that sells well got a sequel; If there was a new game announced it looked a lot like games we have played before;  Microsoft and Sony are willing to pay a lot of money for timed exclusives, and they both (Sony in particular) announced a few remakes.

The remake thing caught me off guard.  I knew, as did the rest of the world, that Microsoft was going to release some sort of upgraded Halo, and they kind of needed to with Halo 5 not due out until next year, but Phantom Dust?  That came out of nowhere.  Sony went all in with remakes: an upgraded Last of Us, Ratchet and Clank, a timed exclusive of Grim Fandango, and a not at all exclusive GTA 5.  GTA 5 came out after the new consoles did, so everyone knew it was going to happen; Grim Fandango makes sense since it is a cult classic that not a lot of people have played, so why not introduce it to a new generation, but The Last of Us seems odd since it just came out, and everyone played it.  Oh well if you have a PS4 you are getting another game.

Both Microsoft and PlayStation tried to show that they are hip, and that they are down with the indie dev scene.  Sony still seems to have the indie upper hand, but Microsoft is at least starting to get quite a bit of interest in its ID@Xbox platform, so lets see if they can keep it up.  I am not sure that indie games are system sellers yet, but they are cheap and bring in fresh ideas to consoles.

The fact that Conker is going to be available for game makers in Project Spark kind of threw me off.  Why just Conker?  Why not a lot MS owned properties, so people can have Conker and Voodo Vince team up to save Master Chief from the Brute Force guys?  Maybe they will in the future, but to make a point of saying that just Conker would be available was strange to me.

After the first day of announcements, some of the games I am interested in are: Tom Clancy’s The Division, Batman: Arkham Knight, Sunset Overdrive, Destiney, The Witcher 3, Bloodborne, Cuphead, and Halo: The Master Chief Collection (It has over 100 multiplayer maps!).  Yes I know that list has a few of the sequels and remakes I was talking about earlier, but they do look very good.  I just hope that some of the original games being made make it big, so we can get a little more variety in next year’s E3 press conferences.

Anything strike you about this year’s E3 kickoff?  What games are getting you all hot and bothered?