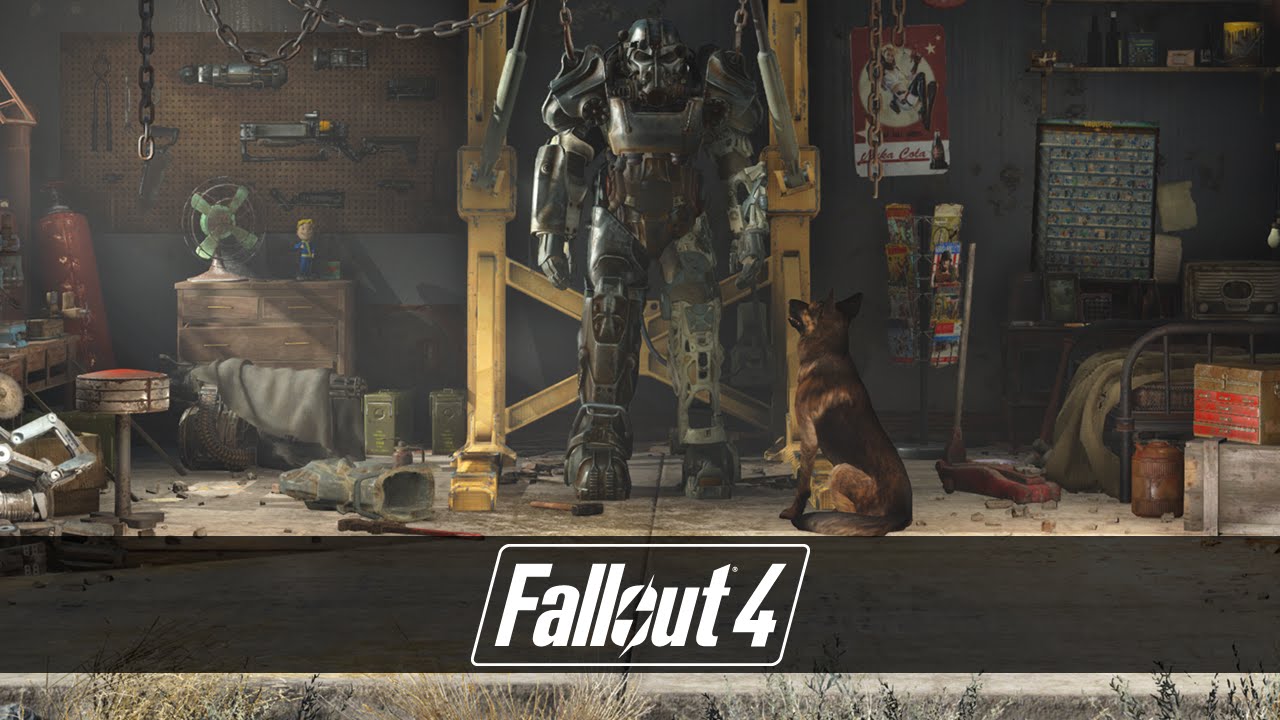 Fallout 4 is a massive game, and as such I don’t think I will be finishing it any time soon, but I am going to let you know what I think so far.  If you liked the previous Fallout games, you will like Fallout 4.  If freeform wandering and questing isn’t your thing, I don’t think Fallout 4 will get you to change your mind.  As for me?  I love it.  Climbing up a mountain or exploring a cave just to see what I will find keeps me entertained for hours.  Bethesda continues to make my favorite RPG experiences.

This time around the game starts before the bombs drop, and we get to see a glimpse of the what the alternate future looked like.  I would have like to explore that time some more, but soon Fallout 4 rushes us off to Vault 111 where our character is cryogenically frozen.  Then upon waking, we witness our baby boy being kidnapped and husband shot (I am playing as a woman, if you play as a man your wife gets it).  We are then frozen again for an unknown amount of time until we get to wake up for good and strike out to find our son, avenge our loved one’s death, and explore the post-apocalypse.

The story has been much better this time around.  Just the fact they make your character as out of time and place as much as the player is, is a smart move.  You and your character get to explore this new world together, and what is going on is just as new to your onscreen persona as it is to you.  Plus as a father myself, a story about a kidnapped child hits much harder.

I will get the graphics portion of this review out of the way first since that is what the internet is raging about.  Fallout 4 is not a groundbreaking graphical achievement.  It is a step up from Skyrim, but not a huge leap.  It looks much nicer than Fallout 3 and New Vegas, but mostly because they expanded their color pallet.  While gray, brown, and tan still dominate, the other colors get to come out and play.  It would have been nice to see Bethesda amp up the graphics like we have seen with Batman Arkham Knight or The Witcher 3, but it still looks good enough, and neither of those games feature the amount of interactivity that Fallout 4 does.

Speaking of interactivity, crafting got a major overhaul.  Not only can you cook food and modify armor and weapons, you can build whole villages or settlements.  This seems to be completely optional, and it does not affect the story in any way, but it is a lot of fun.  It is a nice way to be able to put your stamp on the wasteland.  Once you have a few villages setup you can even create trade routes.  The problem with this mode is that it gives you little to no training on how to use it, and it is lacking some options.  Like walls with windows.  Complicated things like using electricity can have you pulling your hair out until you find right sequence of stuff to build.

The other new big feature to Fallout 4 is the fully voiced dialog.  This makes the game much better overall, but sometimes you do get the unfortunate ‘Bioware Effect’.  What happens is you think you are going to say one thing, but your character seems to say the exact opposite.  It can be frustrating when a long conversation goes south on you.  Especially when you are playing a charisma heavy character like I am.

Speaking of charisma.  The Fallout SPECIAL skills and perks tree got a total revamp, and it is much easier to follow this time around.  Getting the right skill doesn’t seem like such a crapshoot anymore.  Also revamped is the loot system.  You have way more armor slots for your character, and for a person like me that loves loot, this is a big bonus.

Like I said in the intro, Fallout 4 is more of the same, but tweaked, and in my opinion made better.  Not better enough that it will change the minds of people that do not enjoy this type of game in the first place, but good enough for me to recommend this game to open world RPG fans.  Bethesda has had me hooked on their games since Morrowind, and so far Fallout 4 has that hook in real deep.