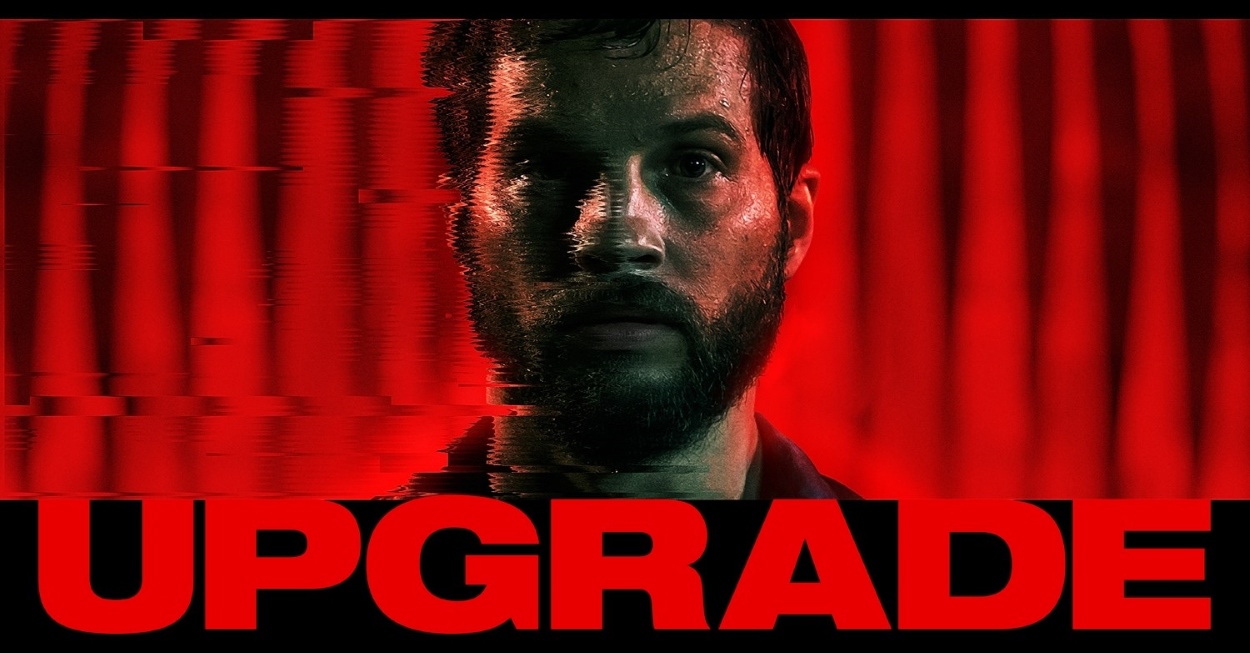 Thanks to John Wick the old school late 80’s early 90’s action revenge genre is making a comeback, though it is getting a few tweaks along the way.  Upgrade stays truer to the formula than John Wick does, but it mixes in a cyberpunk setting and some horror elements for flavor.  While its story will not blow you away, its great fight choreography and gruesome practical effects might.

Upgrade’s plot is basic: happy man and wife get attacked, wife gets murdered, and then man goes out and takes his revenge.  The difference in Upgrade is that the man, Grey Trace (Logan Marshall-Green), becomes a quadriplegic, so he undergoes an experimental surgery that implants a cybernetic computer, STEM (voice by  Simon Maiden), on to his spine to move his limbs for him.  Then when he allows STEM to have complete control over his body he turns in to a cyborg killing machine.

What is great about this movie is that it understands what the audience is in the theater for: cool fights, and they are a ton of fun.  Watching Grey watch what his body is doing without his control with a combined look of horror and amazement on face is quite funny, and Marshall-Green’s ability to make his movements look unhuman while making those facial emotes is uncanny.  Then because Upgrade is billed as a horror movie, the ending to those fights are shocking.  With really well done practical effects to sell what you are seeing on screen.

While no one is going to win any acting awards for this film, like I said before Marshall-Green really grounds this movie.  His ability to make not quite robotic movements and still give his character some emotional depth is worth recognition, and Upgrade needs that good central character because there is almost no other character of note in this movie.  Except for maybe STEM.  Everyone else is just a roadblock to justice.  Roadblocks that do some great stunt work.

Upgrade is barely over an hour and a half long including its ending credits, so it doesn’t outlast its welcome, and sophomore director Leigh Whannell does a fabulous job keeping it running at a fast clip.  You can tell he reveled in bringing his horror background to the action genre, he wrote and co-created the Saw and Insidious franchises.  While it won’t win any new fans to the action revenge genre, existing ones should find plenty to like in Upgrade.  It is quite literally a bloody good time.

One Reply to “Shmee Ponders Getting An Upgrade!”