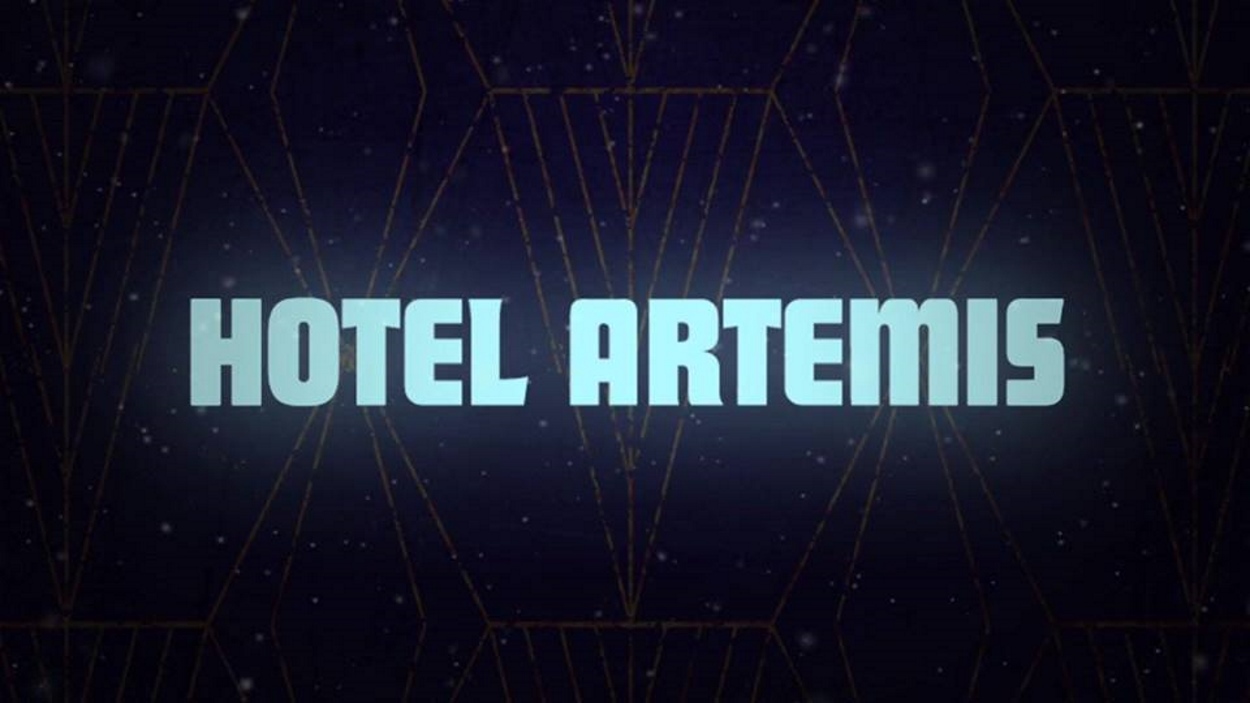 Hotel Artemis is the second movie in a row I have seen to place itself in a near cyberpunk setting, and I am all for it!  Of course besides its setting, Hotel Artemis shares very little in common with Upgrade.  Upgrade is an over the top action revenge movie, and Hotel Artemis, despite its advertising, is a quirky character flick that if it were a little more stylized could have easily been directed by Wes Anderson.  Which is to say, I liked it.

Hotel Artemis is a hospital in the near future where criminals can get patched up in safety away from the prying of authorities.  The type of place John Wick would totally know about and have a membership to.  The movie takes place on a busy night where the hotel is full up with crazy characters.  It is up to the head nurse, Jodie Foster, and her orderly, Dave Bautista, to keep everyone from killing each other.

I think the trailers for Hotel Artemis do the film a disservice.  They bill it has a full tilt action movie, but besides a quick shootout in the intro to setup the movie, a couple of crooks get shot and need a place to get patched up, and the third act where the pot boils over so to speak, this movie is just about the cast bouncing off of each other.  Not in an outright funny way, but like I said before, in quirky way that will make you smile, so if you were expecting one cool action sequence after another, you might be disappointed.  I, on the other hand, was pleasantly surprised.

Obviously character movies don’t work without good characters.  That is why Wes Anderson uses the same cast over and over.  In Hotel Artemis’s case it is hard to beat: Jodie Foster, Dave Bautista, Sterling K. Brown, Charlie Day, Sofia Boutella, Zachary Quinto, and Jeff freaking Goldblum.  They all make their characters quite a delight to watch, so Drew Pearce’s casting director knew their business.

Hotel Artemis is smart enough not to outlast its welcome.  Its ninety-five minute running time (okay now it has two similarities with Upgrade) was a perfect fit.  A quick setup, the characters get to chew on each other for forty five minutes, and then the whole thing descends in to chaos.  It was very enjoyable ride.  It is not for everyone, but I had a lot of fun, and if you like funny (not ha-ha funny) little crime movies, you probably will too.