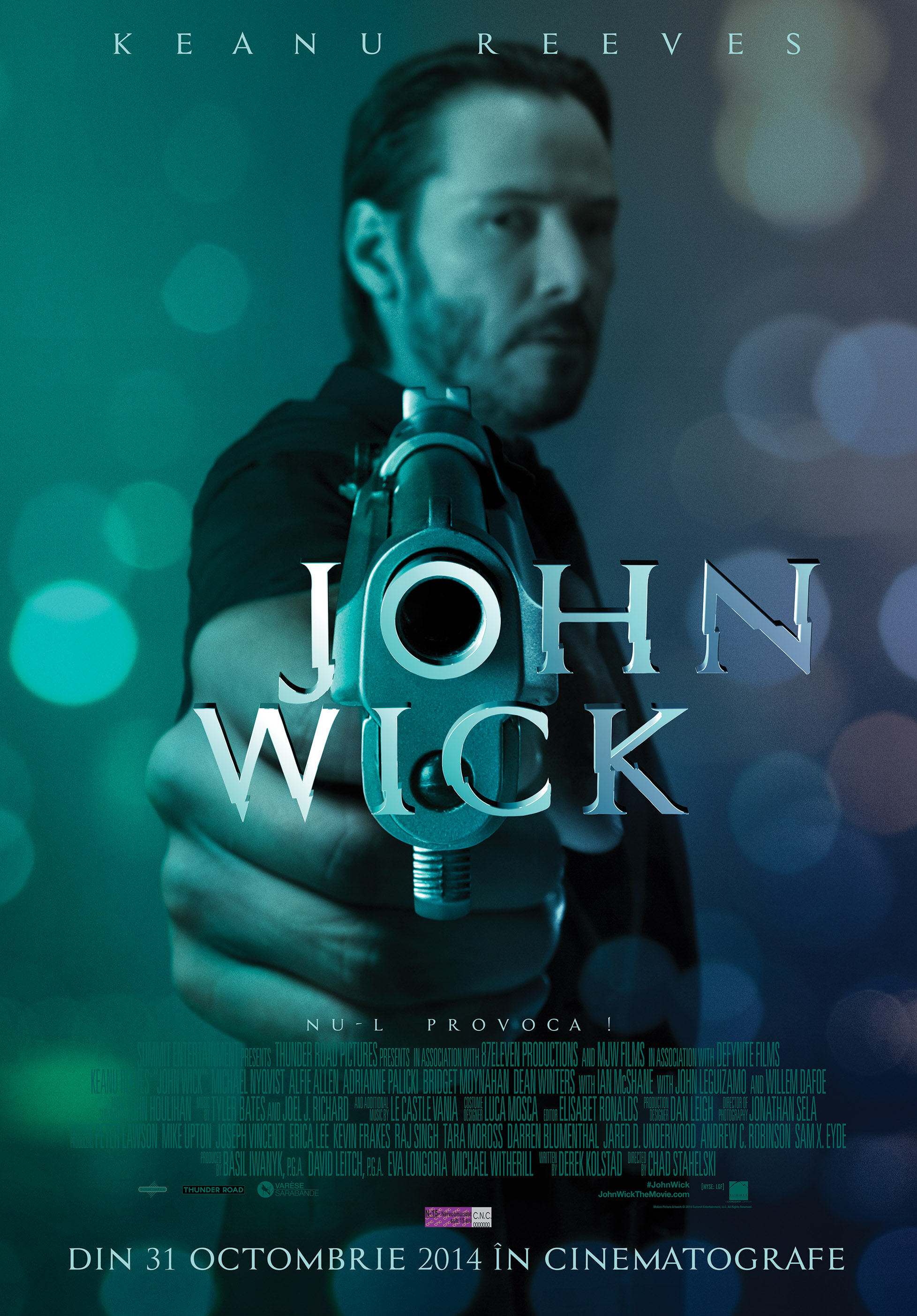 The Paladin already did a great review on John Wick, but since this my site I figure I would let you know what I thought about it.  I know that Keanu Reeves has been busy murdering his career lately, but he finally made the kind of movie that he was born to be in.  An old school action movie with a very green/blue tint that lets him murder a bunch of people.  It at least gives the poor career a brake.

When I say old school, I mean old school.  This movie follows every action movie trope by the letter: John Wick is an amazing assassin who gave it all up for a girl; He has to get back in the game because a mob boss’ son is an idiot who screws with him; There are cool secret assassin hangouts that have ‘rules’; Clubs are places shootouts happen, and women of course are not to be trusted.

I think it works so well because it slavishly devotes itself to those tropes.  Instead of trying to be something new, they did something old, but just really well.  The only thing they changed was that the mob boss’ son killed Wick’s dog and not his wife because … well … the wife was already dead.  She was pre-killed, died from an illness of some sort, and the dog was a posthumous gift from her.  So it was still all about her.  We just didn’t have to see her get needlessly tortured and killed.  I guess that is better?

All the tropes and story clichés would be pointless if the stunt work and action was not good, and it is pretty darn great.  I am not sure that Wick reloads his gun enough, but overall it is pretty top notch.  Solid movie-fu, and over the top gun play make this movie fun to watch.  You can tell the directors, Chad Stahelski and David Leitch, are stunt workers because they framed all the action perfectly.  No shaky blurry action cam here.  You get to see everything.

The actors all play their one dimensional characters well.  That is the bonus of using clichéd writing.  We know how these characters are supposed to act, and the cast delivers on those roles.  With the likes of Keanu Reeves, Willem Dafoe, Michael Nyqvist, and Dean Winters there was never a doubt they knew what they were doing.

John Wick will not win any awards, unless it is a Taurus World Stunt Award (it is up for Best Fight and Best Stunt Coordination), but that doesn’t mean it isn’t a solid movie with some great action.  If you want to see a lot of people get the crap beaten out of them this is a good film to watch.  If you want a story that moves you, not so much.