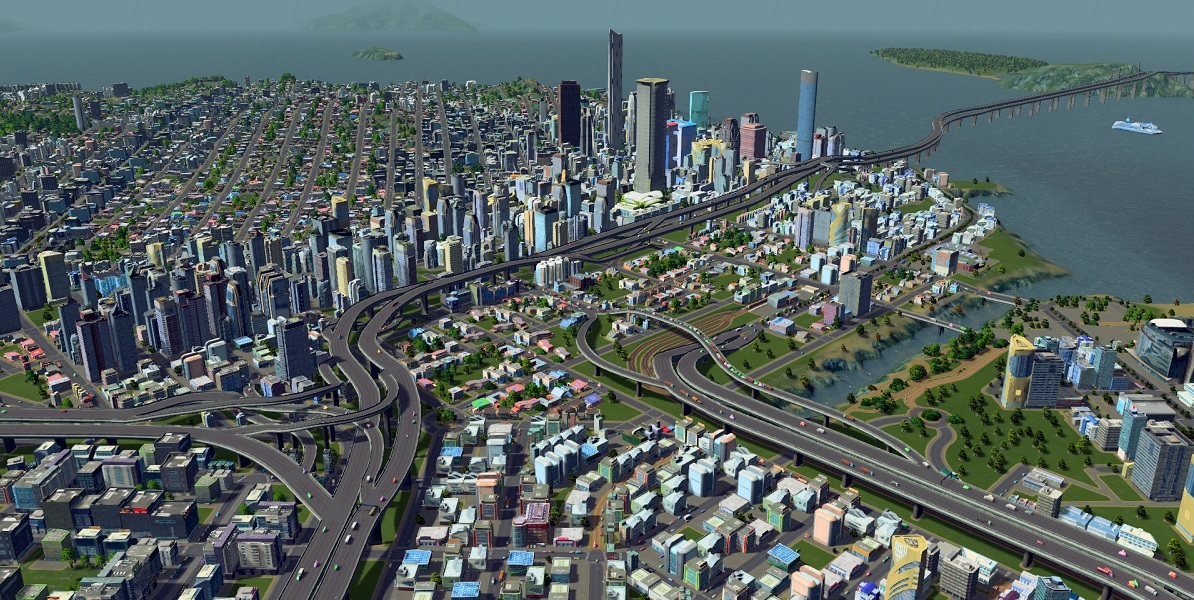 Are you someone who obsesses about budgets, and do you think that you could do a better job as City Planner than the dude or dudette they currently got in charge?  Colossal Order made the game for you, Cities: Skylines.  You are in charge of planning a city from the ground up, but you also have to provide services and keep that city running.  Which would be simple if the citizens of your city would just be happy with being sick, uneducated and stop setting their houses on fire.  That way you could spend all your time laying out roads and placing parks.

Cities: Skylines is actually a pretty simple game, you pick the grade of road you want, and then zone the areas on either side of that road for different things, like residential or heavy industrial.  Of course you will need to provide power to those areas, and clean water.  Not to mention those people will probably want their kids to go to a good school.  Then for some reason they like to start fires and get sick all the time, so you will have to manage the budget.  Which means setting the tax rate and overfunding or underfunding the schools and hospitals, that sort of thing.  Which sounds bad, but if you have too many schools for your small town, they don’t need to be fully funded to meet your town’s needs, but on the other hand, if you don’t have the money to build a new school, overfunding the ones you have can get you by for a few months.

That is the game: drawing roads, zoning, budgeting, and planning out city services.  All the while your citizens are doing everything they can to make your life difficult, but if you can keep everything under control, they will build an amazing city that you can watch grow.  It is fascinating and engrossing.  You will make plenty of mistakes, and you will want to tear everything down, but you would hate to evict all the people that are just doing the best they can.

For some this game sounds terrible, but don’t knock it until you have tried it.  It is always super cheap on Steam, and it is included with the Xbox Game Pass for now, so it is worth giving being a city planner a shot.  I think you have what it takes, but if not, you will at least apricate what the poor saps in city hall are going through.