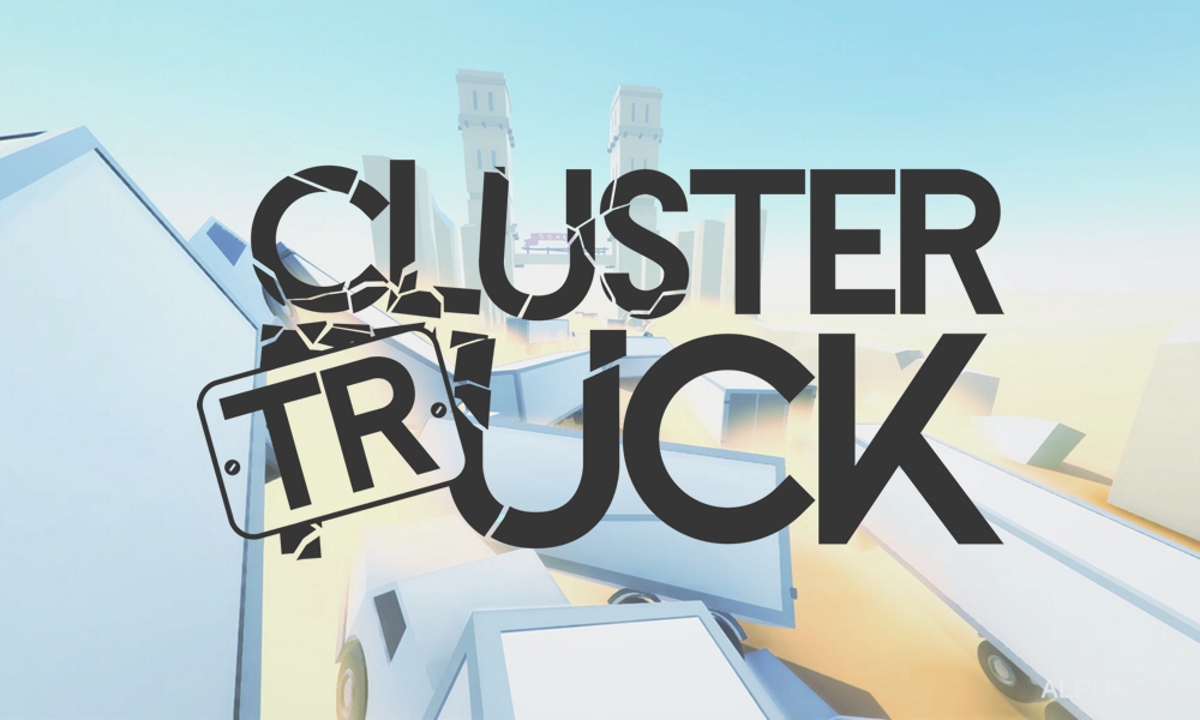 Remember when you were a kid and you were on a road trip with your family, and when you were daydreaming looking out the window you envisioned yourself jumping from the top of one semitruck to the next? If not, I did all the time.  Well apparently the guys over at Landfall Games did the same thing when they were kids, and they made a game about it, Clustertruck.

In Clustertruck you just jump from one truck to the next, but these trucks are not just driving down the freeway.  They are falling off cliffs, exploding, being pushed in to the air, being sucked in to vortexes, and all sorts of random things, and you have to do your best to jump your way out of danger and get to the end of the level.  To help you do this, the more levels you complete, the more style points you get, and you can cash in those points for abilities like stopping/slowing time, double jumping or dashing, and bunch of others, so while the levels get harder, you become a much better jumper.

It is a simple fun idea that was executed well.  While there is not a lot to the game, it is also very cheap, so it makes for a perfect quick diversion if you don’t want to get in to something deeper.  If you have Game Pass or a couple extra bucks burning a hole in your pocket, there are worse things to spend them on.  The worst thing I can say about Clustertruck is that it isn’t very robust, but it was never supposed to be.  It was always supposed to be a game where trucks were going crazy and you just had to get from one to the next.

So that is another one of my childhood backseat daydreams turned in to a game, and it was not one I was expecting.  My other major window gazing daydream was using my feet to grind on everything, but Sunset Overdrive and Jet Set Radio delivered on that one in spades.  Who knows, maybe we will get a game about punting brothers out windows for crossing invisible lines next.