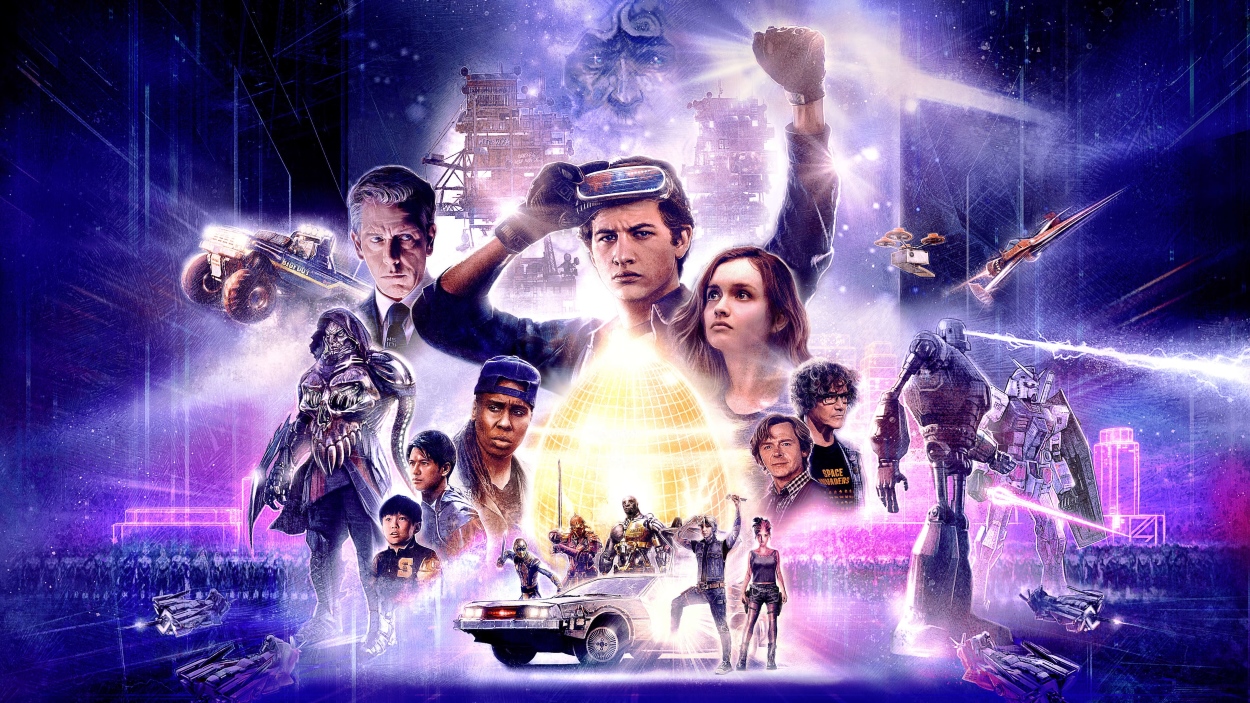 While Ready Player One was a fine book, I doubt it will go down in history as a literary classic.  It was regurgitation of pop-culture that people either loved or hated.  It got even more backlash after all the Gamergate nonsense because in the book only certain people could be thought of as true “gunters” (egg hunters) if they knew enough 80’s trivia.  Which mirrored the ideas of Gamergaters’ who insisted that only certain people were true geeks.  Everyone else was just posing.  With all of that in mind, I was interested to see how the movie was going to deal with all that baggage, not to mention turn the book in to something filmable.  I am happy to report that Steven Spielberg and Co. did a pretty good job.

The movie Ready Player One changed pretty all of the major set pieces of book, and it cut out a lot of the book’s over the top nostalgia mining moments.  I mean there is still more than enough nostalgia to go around, but no one is reenacting War Games.  Though the movie does still follow Wade Watts (Tye Sheridan) and his friends as they try and find James Halliday’s (Mark Rylance) Easter Egg in his virtual world The Oasis, and if they find it, it will give them control of the company that owns the game.

I was pleasantly surprised with all the changes that they made.  Usually I prefer movies that stick closer to the source material, but in this case the source material was pretty thin anyway, and a lot of it would have been downright unfilmable.  Not to mention the film rights for a lot of the stuff would be way to expensive to secure.  Ready Player One the film is a streamlined adventure tale, but with video games and comic books instead of Egyptian hieroglyphs and ancient manuscripts, and it is better for it.

The actors are all fine in Ready Player One, but I don’t remember any standout performances, but what I do remember was all the wild spectacle that Spielberg was able to put up on the screen.  None of it really matters, but it can be breathtaking.  While it may be quite a bit different from the book, it is the same in that it is a large dose of nostalgic action packed explosive cotton candy, but this time it is injected in to your retinas via large format technicolor.

Ready Player One is a fun movie, but it may not be for everyone.  If the thought of large action sequences involving Batman and the Iron Giant excite you like a ten year old playing with his toys, you will like Ready Player One.  If that sounds like nonsense, it is, and this isn’t the movie you are looking for.  I, on the other hand, quite enjoyed myself.