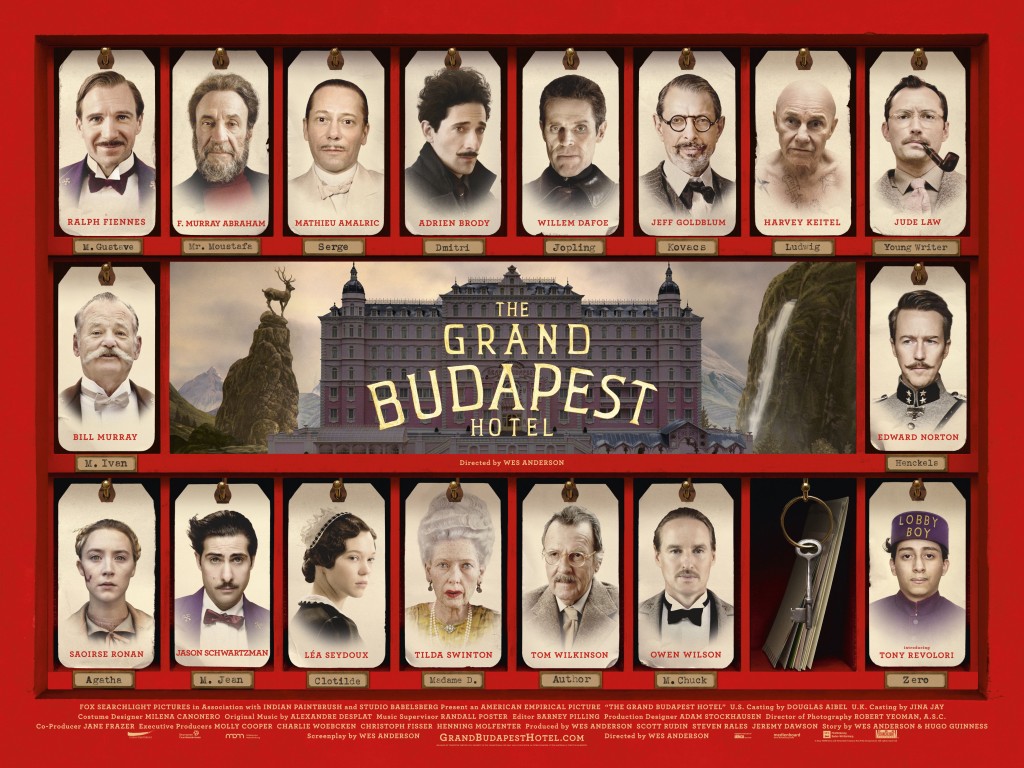 The movie is about how a onetime Lobby Boy, Zero Moustafa (Tony Revolori), came to be the owner of the titular Grand Budapest Hotel as recounted by The Author (Jude Law) according to a girl reading the book The Grand Budapest Hotel.  Zero gets involved with a murder mystery involving his boss and idol the concierge Monsieur Gustave H. (Ralph Fiennes), and a lonely old woman Madame D (Tilda Swinton).  Zero has to get everything sorted out while under the threat of war.

I love that Wes Anderson tells this story under several layers of narration.  It lets you know that while this is all fake anyway, what you are getting is probably not the whole story, kind of like the movie version of the old game telephone.  It allows his toy-box style to seem much more appropriate.  He is getting much better at getting the audience in the right frame of mind for his films.

The best part of Wes Anderson’s movies for me is always his amazing cast, and that they are willing to do whatever silly thing Anderson can think of.  This time around he added Ralph Fiennes to the mix and it worked wonderfully.  He plays Monsieur Gustave with such a zany grace that I wish he was at the front desk of every hotel.  Everyone else is great too, but without Fiennes this movie would have fallen apart.

If you haven’t liked Wes Anderson’s movies in the past, you can skip this one.  It is very much his film, but if you are on the fence, or have liked his other works, this is a must watch.  It is nice to know that there is still a place for quirky directors out there that aren’t named Woody Allen.  As long as Wes Anderson keeps making them, I will keep watching them.