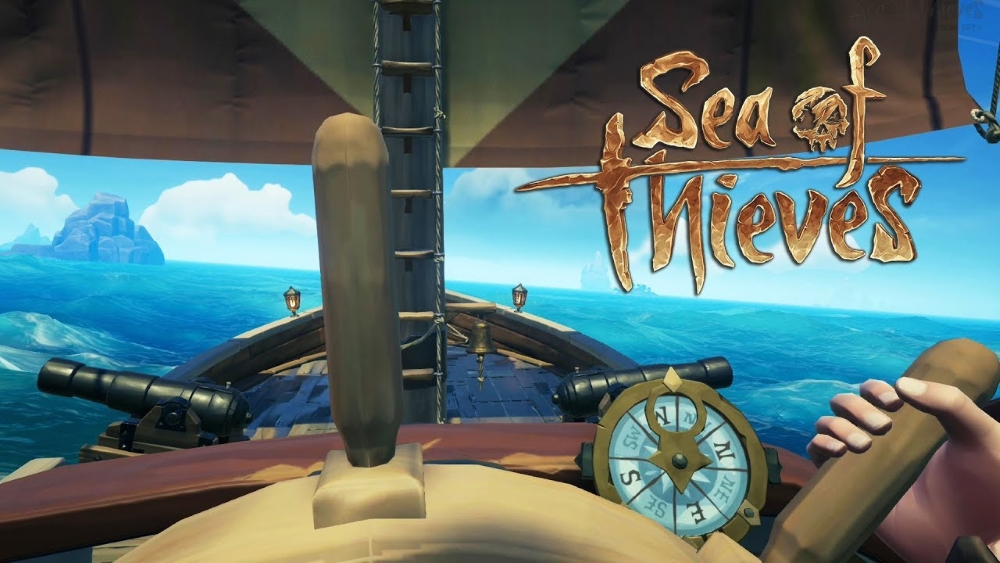 It is hard to explain how amazing it feels to be out on Sea of Thieves’ ocean waves, and it looks incredible in motion.  Screenshots do not do it justice.  It makes me feel like I was born centuries to late, and that I should have been a scurvy sea dog, but so far besides that feeling there is not a whole lot to do just yet.  Right now you can go get chests and turn in chests for money.  Then buy stuff, and maybe fight with other pirates.  Pirates who will murder you.

Now Rare has said that there will be at least three other mission types: Trapping, Fighting Boss Skeletons, and carrying merchant goods between outposts.  Any variety would be nice, but that doesn’t sound like a lot.  Data miners have found references to Krakens and ship customizations in the code, so there looks to be some more places to spend your money, and a few monsters to take out.  Still, that doesn’t seem like a lot of content.

I understand that Sea of Thieves is supposed to be one of those games where you find your own fun, and I am sure there will be those people who want little more than to be out on the waves with the virtual sea foam splashing on their avatar’s faces.  For me however, I would like to be sure that I have not experienced everything after a couple of hours.  I want to dive to deep in to the ocean, not splash around in wide puddle.