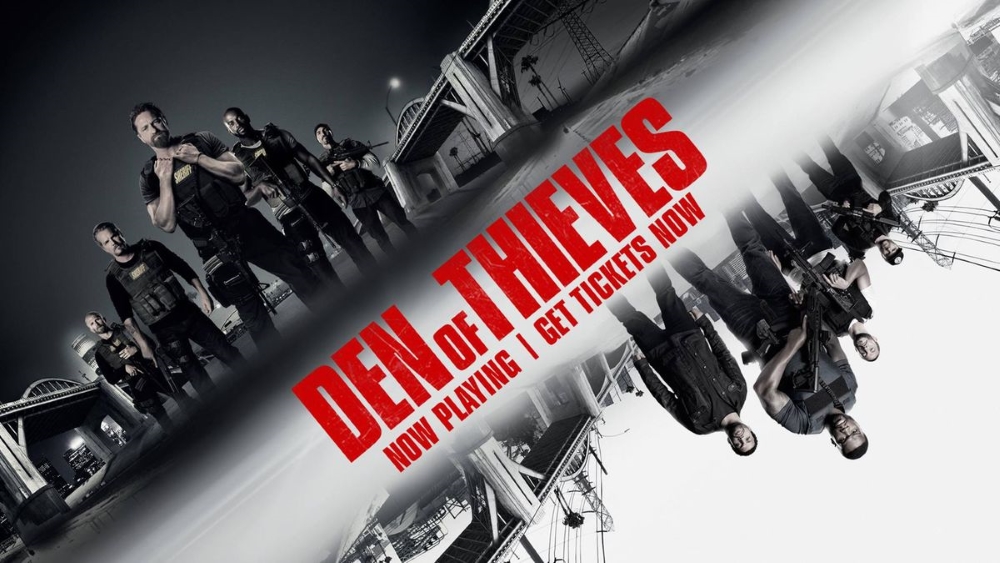 Den of Thieves is the type of movie I expect to see dumped in January (I know it is February now, but I saw it in January!).  It stars a lot of recognizable people doing pretty good work in a forgettable effort.  That is not to say Den of Thieves is bad, as a matter of fact the couple of gun fights in the movie are pretty good, but it is a shame they didn’t get a script doctor to look this one over before it went in to production.  Because the more you think about what happens in the Den of Thieves, the worse it gets.

Den of Thieves follows two groups: Gerard Butler group of ‘gangster’ cops, and 50 Cent’s crew of ‘honorable’ bank thieves.  Sort of.  Because as terrible as Gerard Butler’s cops act, they are never crooked or on the take.  Meanwhile the thieves do some pretty irredeemable things, especially at the end of the movie, that destroys any honor they may have had.  Which is a shame because it really muddles this movie’s message.

I am not saying all movies need a strong message, or even a message I agree with for that matter, but when a movie just kind of shrugs at you it makes the whole thing seem pretty pointless.  Not to mention the more you think about the job these thieves attempt, the less it makes sense.  I am not going to spoil it, but they think the job is far more clever than it is, and there is a reason no one has ever attempted it.

This movie’s saving grace is that when there is action, it is solid.  The guys seem to know what they are doing and it is very intense.  Unfortunately, the middle act of Den of Thieves is all setup, so it feels very long.  It should have been edited down quite a bit or found the budget for another action sequence to cut in to the down time.

Den of Thieves is a movie where actors you know get paid to do capable work on screen.  It is not bad, but once you see it, you will not be itching to see it again any time soon.  I would hold off on watching it until it is on Amazon or Netflix, or unless you are a MoviePass subscriber like me.