Another PAX West (formally PAX Prime) has come and gone, and I am exhausted.  There is so much to see and do that it just overwhelms the senses.  Every show that I have gone to is different, and this year was mostly about just hanging out with my friends.  One big reason for that was the huge indie game presence at PAX, and a lot of them were similar, so nothing really stood out.  Indies are usually well represented at PAX, but this year they were everywhere.  Word to the wise for all you indie game creators out there: if your new game features the terms rougelike or procedurally generated, your game had better be amazing.  There are like eighteen million (not exaggerating) procedurally generated rougelikes out there and they are all pretty much the same.  They are not bad, but just not good enough to care about.

Which is why the only indie game that I really ended up enjoying was an old school four player party game called Death Squared from SMG Studios. 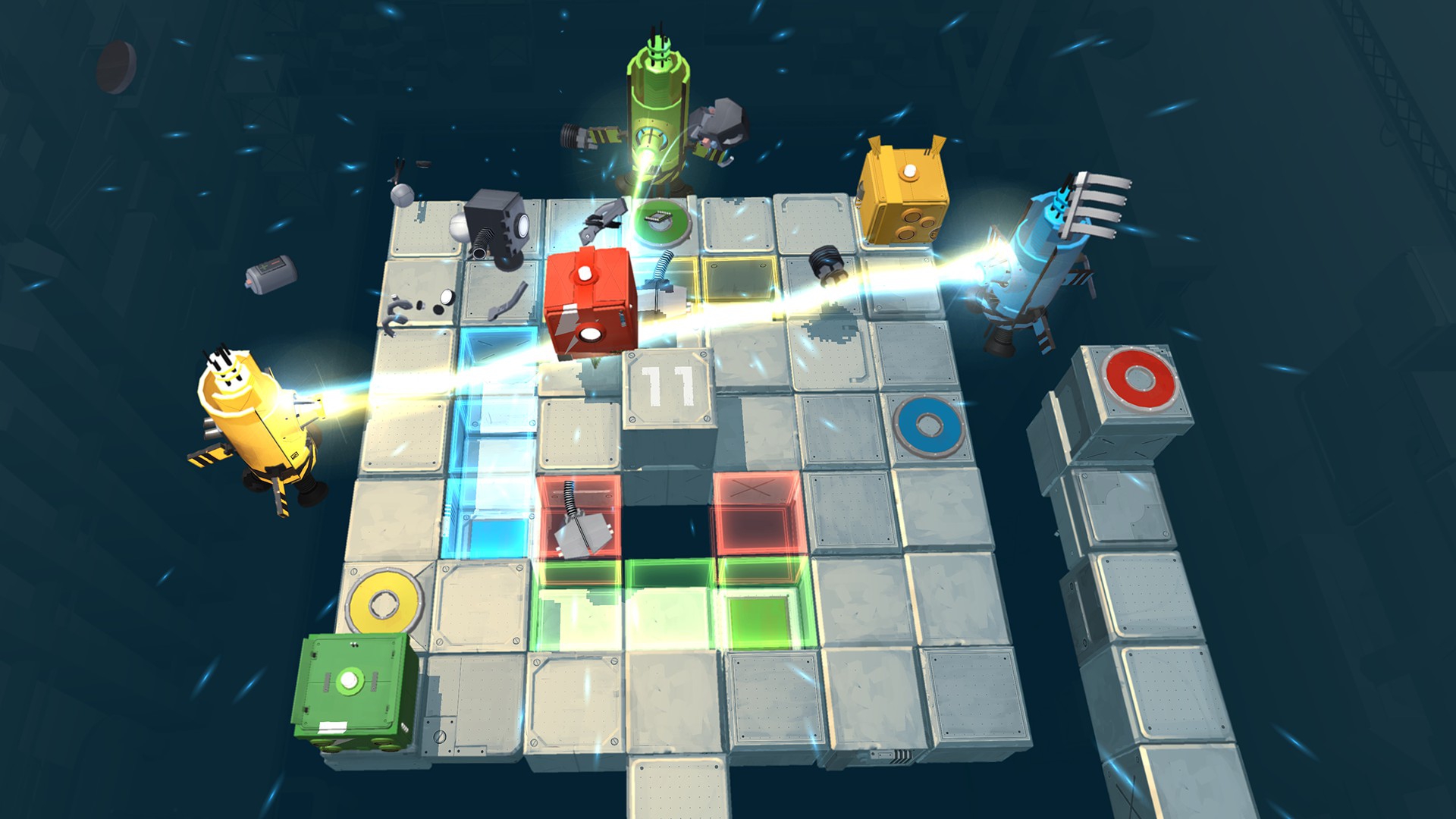 In Death Squared each player tries to move their cube to their colored circle.  Once all cubes are on their circle the ‘room’ is complete.  The problem is by moving your cube you are causing problems for the other cubes, so you all have to work together.  It is so simple, but so well executed.  This looks to be a must buy.

For board games I was starting to feel the same way that I was feeling about indie games.  They all have different settings, but in the end they are pretty the same three or four games.  However it took a trivia game called America by Bezier Games to prove me wrong. 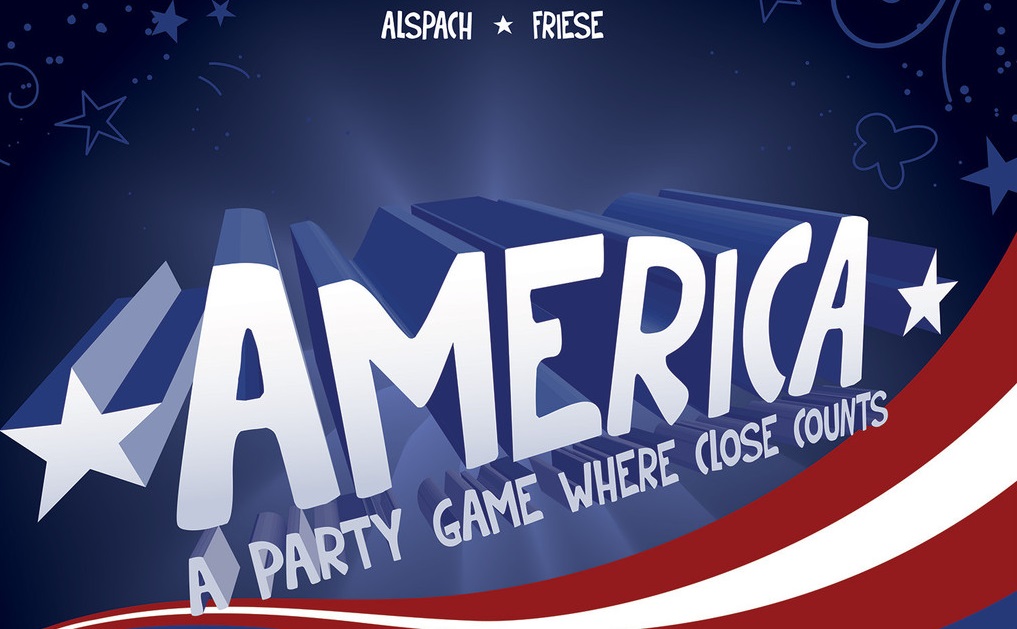 I generally am not a big fan of trivia games, but America’s excellent design makes it a ton of fun.  Pretty much there are three tracks for every question: the State the question takes place in, the year the question happened, and the amount of something in the question.  You get more points for getting it right, but if you are close you get points too.  That way even if you don’t know the answer you can guess based on whether you think other people know the answer or not.  It is great.

Like I said above with this year kind of being different it took a while for me to come up with a game of show, but I ended up picking Cowbots and Aliens. 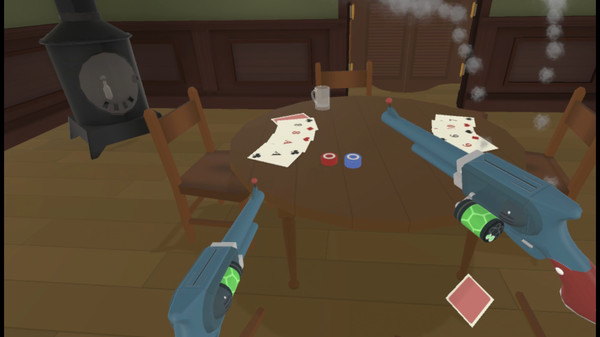 This game saved VR for me.  Every VR experience I have had thus far has been kind of so-so.  Some of it has looked cool, but none of the games have been better because they were in VR.  Cowbots and Aliens by Wizard Games Inc. was different.  It puts you in a saloon where you can use anything in the room as a weapon.  You can flip tables, deflect bullets with spittoons, break bottles over counter tops, you know pretty much everything you have ever wanted to do in the wild west while fighting an Alien Squid.  It was a blast.

The best panel by far was Telltale’s group play of Batman. 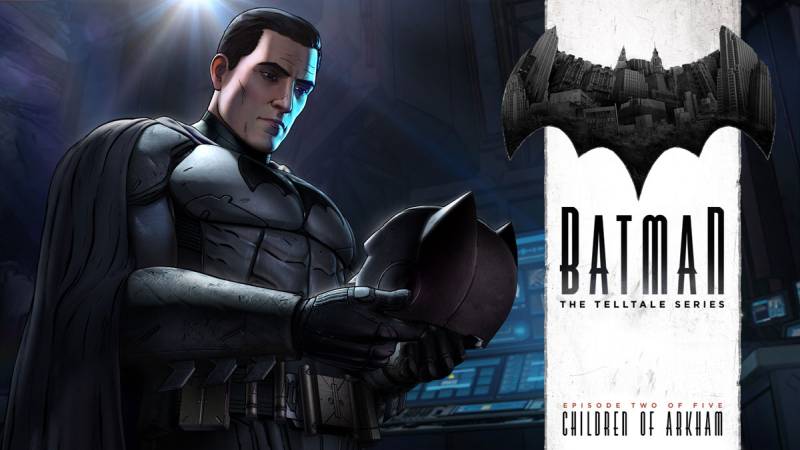 It was so fun to control Batman with a thousand other people.  If you have not picked up their Batman yet, you should.  Like everything they do it was well done.  I can’t wait to play the rest of this great game.

That was pretty much my PAX West, and while I will need a few days to recover, I can’t wait until next year to do it all over again!  I wonder what PAX West 2017 will be like?