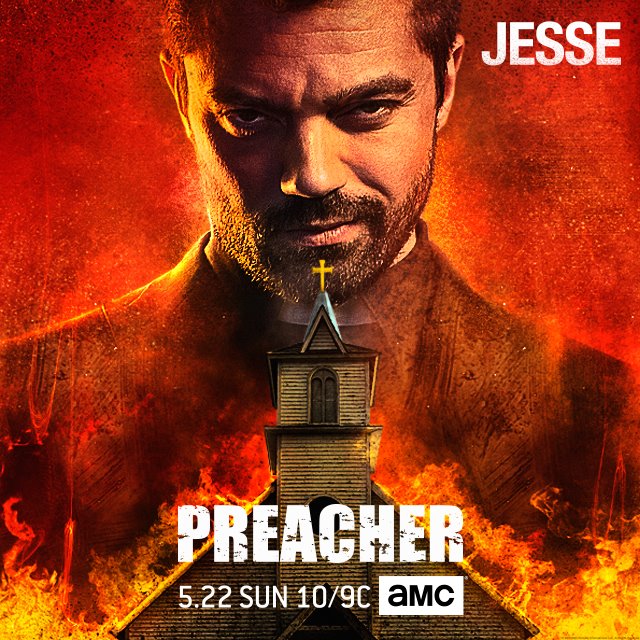 I am not one for spoilers, but I have decided that I have to talk about how the first season of Preacher ended, so take this as your spoiler warning.  The show ends with a town wide explosion.  Which is similar to the comic book (in the comic it was only the church), but the comic book did it in the first two pages not after eleven hours of television.  We had no attachment for anyone in the comics yet, so the explosion just set the tone for the wild and crazy graphic adventure.  In the show we know everyone, so they just killed a bunch of people we have some sort of interest in.

What was the point of the first season then?  To show that Jesse is kind of a jerky know-it-all?  Trust me if they had followed the comic books people would have come to that realization anyway.  I don’t think Preacher needed a prequel, or this prequel at any rate.  It didn’t show us anything relevant or new about these characters.  It did show us that they are going to try and be as weird as the comic books, but just at a much slower pace.  Maybe the writers just wanted us to be asking the same question as Jesse, Tulip, and Cassidy, “What is the point of it all?”.