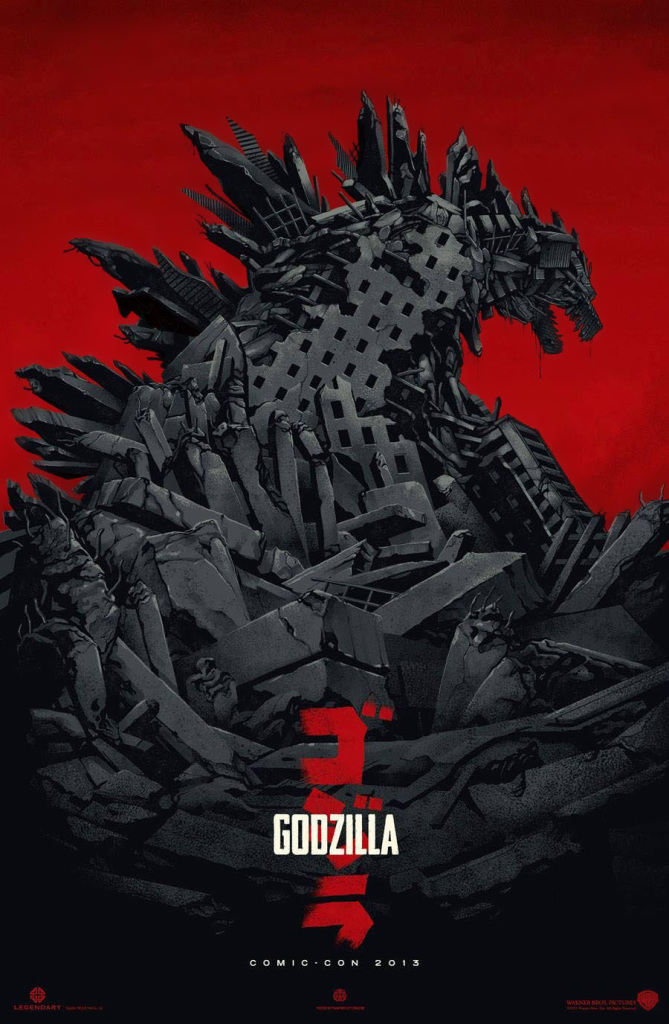 I love giant monster movies, but the last American Godzilla movie staring Matthew Broderick was so bad that when they announced a new Godzilla movie, I was hesitantly optimistic.  They promised not to screw it up this time, and for the most part they succeeded, but they still have a lot of room for improvement for the next one.

This is usually the part of the review where I go over the plot, but I am not going to, not because there isn’t any plot, in fact there is far more plot than there should be, but this movie is about Godzilla fighting monsters, MUTOs in this case, and that is all that really matters.  For the middle part of this movie they seem to forget this and instead follow Bryan Cranston’s family, who seem to only excel in poor decision making.

Aaron Taylor-Johnson and Elizabeth Olsen are fine actors, but all they do in this movie is chew screen time.  They are given nothing interesting to do but to make bad choices that throw them in harms way.  Which would be fine if there was a little more in the “harms way” department. Ken Watanabe likewise is one of my favorite actors, but all he does is act sullen and mopey because his bad choices killed a lot of people, and now no one is listening to him because his bad choices killed a lot of people.  Also his only thought on how to fix everything is to “Let them fight!”.  Now from a viewer’s perspective “Let them fight!” is exactly what I want to hear, but if you are resident of San Francisco, I don’t think that sounds like good advice.

When the monsters do fight it is great.  It delivers on all the promise of an American production company making a Godzilla film.  It is grand and epic, and Godzilla and the MUTOs look incredible.  The problem is that it is all is in the last twenty minutes of the movie, so the first hundred is the aforementioned family of the year.  It is a really good twenty minutes though.  So it is kind of like waiting in line for a ride at Disney Land, sure you wait a long time, but the pay off is pretty great.

Unlike Pacific Rim which packs in a bunch of boyish glee when the monster’s aren’t fighting, Godzilla tries to be more serious, and it almost ruins the movie.  Still once the titular big guy shows up, he was well worth the wait.  It is a shame they didn’t cut down the running time of this movie a little, it would have made a big difference.