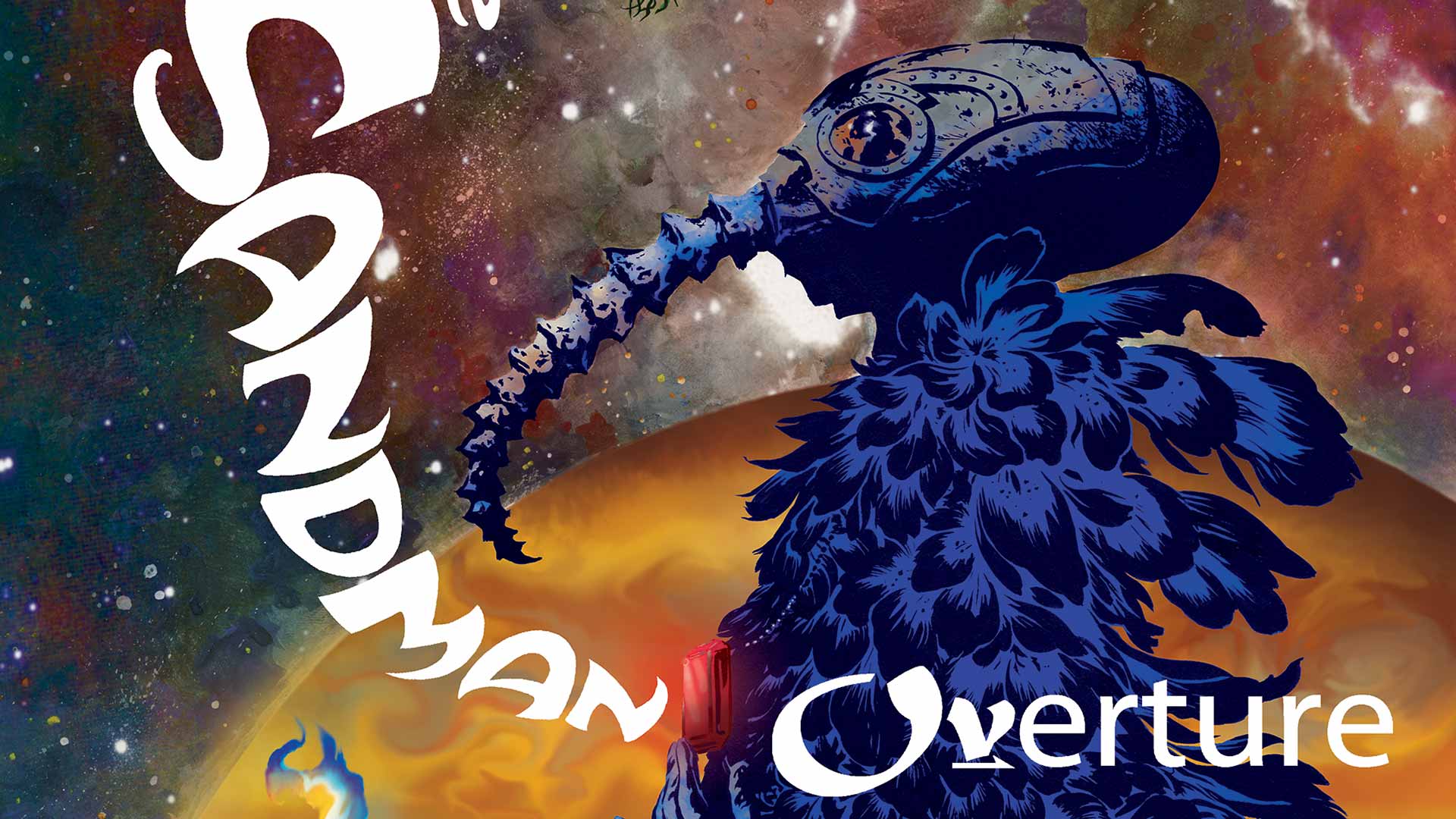 Sandman Overture is the six issue prequel to the main Sandman series published by Vertigo.  It was written by Neil Gaiman with art by J. H. Williams III and colored by Dave Stewart.  It is an amazing piece of work!  I wasn’t sure about more Sandman.  On one hand the Sandman series was spectacular so of course I wanted more, but on the other it told a complete story, and unfortunately we have learned through recent years that sometimes when they bring back the things we love they don’t come back the way we want them too.  I shouldn’t have worried with Gaiman behind the pen.  Sandman Overture is just as good if not better than the rest of Sandman.

Sandman Overture tells the story of how Morpheus became so weak that he was able to be captured in the first issue of Sandman.  I am not sure how Gaiman does it.  He is able to grow Sandman’s Universe in massive ways while still telling an intimate story about duty and pride.  It blows me away how good he is.

While the story is always the most import part of a comic book, the art still needs to be able stand up to the story being told, and somehow Williams and Stewart bring everything to life in grand fashion.  The art in the main Sandman series was very good, but Overture’s is much better.  It is some of the best art I have ever seen in a comic book.  Every page had something new and interesting to show me, and the vibrant colors continually drew me in.

While I think you would get the most out of Sandman Overture if you have read Sandman first, I think Overture can stand on its own, so there is no reason why you shouldn’t read it.  Sandman Overture is one of the best books I have read, comic or otherwise.  So in other words it is right up their with Sandman.